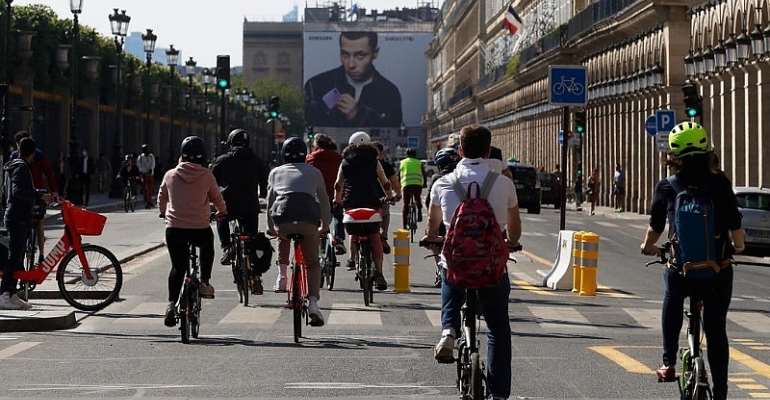 Cyclists and joggers have won exemption from strict new rules that came into force Friday requiring all Parisians to wear face masks in public spaces – following pushback from the mayor's office, who denounced the decision by the Paris police authorities as “absurd”.

Speaking to Europe 1 radio Friday morning, Paris deputy mayor Emmanuel Grégoire said that while a blanket mask rule for all of Paris was a welcome move that would simply exiting measures, it made no sense to apply the rule to cyclists and joggers.

“These decisions must be based on scientific arguments and they must be logical – and it is not logical to impose a mask on a cyclist, because no scientific study says cyclists pose a potential risk,” Grégoire said.

Less than an hour after the new rules took effect at 8am, the Paris police prefecture buckled to pressure from the mayor's office, announcing that “people engaged in a physical activity such as running or cycling will not be made to wear a mask”.

Grégoire praised the prefecture for the quick clarification and for “listening to our arguments”.

Under the new rules, anyone in the capital and many inner Paris suburbs without a mask risks a fine of 135 euros – including those operating electric and motorised two-wheelers. Motorists, however, do not have to wear masks inside their cars.

Grégoire said that Parisians had been having increased difficulty understanding earlier rules that required mask-wearing in some parts of the city but not others, saying a change was needed.

With more than 6,000 new infections logged between Wednesday and Thursday, France is experiencing a record number of cases since coronavirus testing became widespread.

Despite the soaring case numbers, many Parisians took to social media Friday to express their opposition at being made to wear masks on the streets.

“So it's forbidden to smoke in the street without a mask, and it is forbidden to remove the mask to smoke,” said one user on Twitter, while another tweeted “Do they even think before decreeing things like that? We have entered a health dictatorship.”

Grégoire has also pushed the prefecture to offer clarification on rules surrounding smoking and eating, activities he said would be “ridiculous to ban”.