‘Akufo-Addo Was Misled On Military Deployment To Volta’ – Dzifa Gomashie 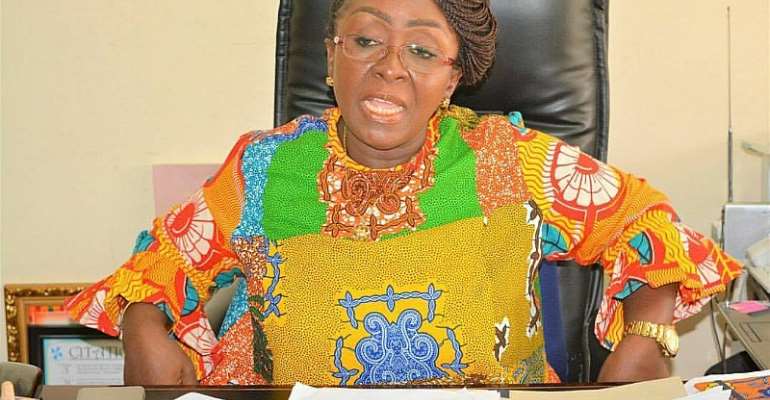 The opposition National Democratic Congress’ (NDC) parliamentary candidate for Ketu South, Dzifa Gomashie believes President Akufo-Addo was misled on the issue of military deployment to the country’s borders and some communities of the Volta Region during the voter registration exercise.

According to President Akufo-Addo, the Volta Region was not singled out for any special military operation in the run-up to the voter registration exercise.

He insisted that there was no political or ethnic agenda behind the deployment.

The President further explained that the military deployment along the country's borders was a nationwide exercise, and was done across all Ghana’s borders and not just Volta Region.

The Minister for Defence and other Ministers earlier gave detailed and clear explanations about the situation to Ghanaians.

Despite the explanations, it seems some people in the Volta Region are still not convinced.

The Ketu South Parliamentary hopeful for the NDC who is also the Queen Mother in the Aflao Traditional Area, reacting to President Akufo-Addo’s recent remarks on the deployment on Eyewitness News said the president’s comments contradict that of his appointees.

“I think that His Excellency President Addo Dankwa Akufo-Addo is being misled again because even if the military deployment wasn't just to the Volta Region or Ketu South, it started in the Volta Region and his own colleagues and appointees spoke in the media and confirmed the fact the military was deployed there for specific reasons.”

According to Dzifa Gomashie, the development was troubling the contradictory remarks made by the President and his appointees.

“Do you not find it exhausting that every time there is one explanation or the other for the same act? Depending on who is speaking there is always a different reason for why the military was there and for those of us who live in the constituency we don't see anything wrong with them explaining through one person what exactly it is they sought to do. So, depending on who is speaking and on what platform they are on, the reasons for bringing the military into the community are different, that in itself is troubling, and we don't know who to trust, or who is speaking the truth.”

Reacting to the President’s decision to form a committee to investigate reports of some brutalities in the region, the NDC parliamentary candidate welcomed the idea.

“If he thinks that based on the evidence available to him, this is what he wants to do, I am willing to give him the benefit of the doubt and to hold my breath waiting to see what exactly will happen but I have genuine concerns as an indigene and as the NDC parliamentary candidate for Ketu South and so if he is assuring me that he has a way of resolving it then I am at peace with that.”