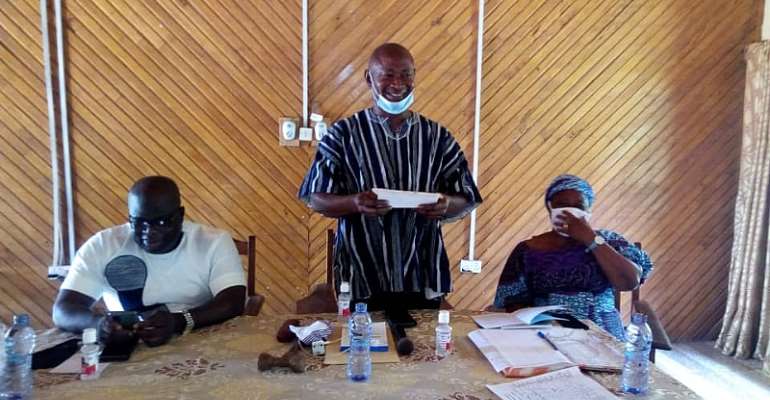 The Atebubu-Amantin municipal assembly has for the second successive time failed to elect a Presiding Member.

It will be recalled that the first attempt to do so during its inauguration on Thursday, January 23, 2020, run into difficulties as a faction opposed to the sole candidate Hon. Gariba Issa who was also the PM in the last assembly refused to vote.

The same faction numbering about 21 for unexplained reasons failed to honor an invitation to elect a Presiding Member last Wednesday which meant that the 47 member house could not attain the necessary quorum for the election and had to adjourn indefinitely.

The meeting that had Nana Ofori Yeboah, Twofohene of the Atebubu traditional area, and a government appointee acting as Member Presiding, had earlier approved the Executive Committee as well as all its sub-committees with the exception of one on the environment.

Present were the Municipal Chief Executive Hon. Edward Owusu and the Coordinating Director Hajia Fati Saaka as well as heads of department.

Flyover construction: 1 month interruption of traffic at Flo...
3 minutes ago