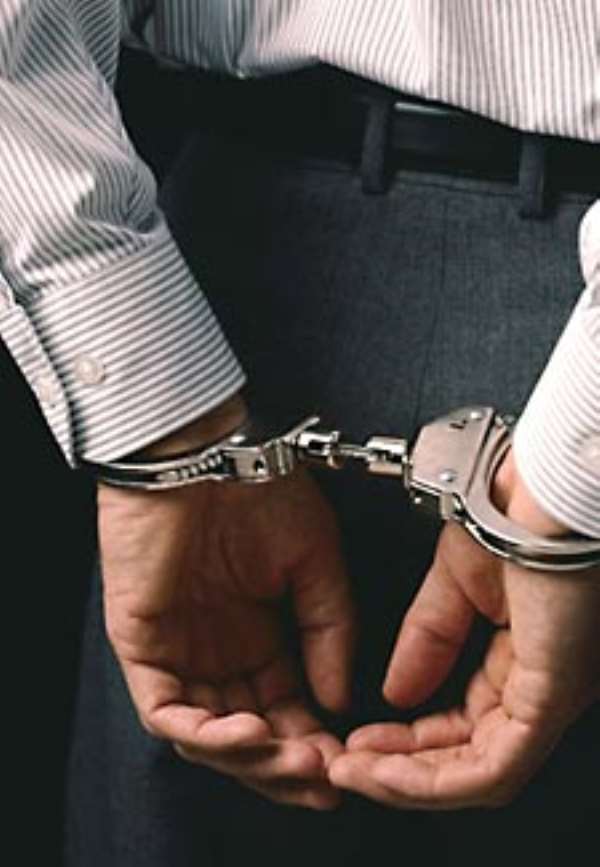 Community slams terror arrest as creating a 'climate of fear'

FRIENDS and loved ones of South London terror suspect Gilbert Baiden have protested his innocence, insisting, "This is just another Forest Gate".

Gilbert, 25, a black Muslim convert, was one of 14 men arrested when cops swooped on a halal restaurant in Borough on Friday night.

But mum Beatrice told the South London Press that her son - who converted four years ago and worships at Stockwell Green Mosque with his brother and fellow convert Michael - vigorously denies any link to terrorism.

As police searched the family home in Rosebery Road, Clapham, on Sunday, friends and neighbours rubbished claims Gilbert was training to become a suicide bomber.

Toaha Qureshi, trustee of Stockwell Green Mosque, said: "This family have good standing in the community.Both boys seem to be decent, ambitious young men, and they deny any involvement in terrorism.

"It is a difficult time for the community at large. We recognise the police have a difficult task in hand, but at the same time the human rights of this family need to be observed."

Mum Beatrice, a Christian originally from Ghana, returned to the family home on Sunday to fetch belongings while she stays with friends. Gilbert's brother Michael and his wife were also at the terraced home,which remained taped off while police searched for clues that might link Gilbert to an alleged terror training camp at an Islamic school in West Sussex.

Stunned neighbour Jan Nielsen, 51, accused police of repeating their Forest Gate blunder,in which Mohammed Abdul Kahar, 23, was accidentally shot during a search which produced no evidence of terrorism.

She said: "If all they are looking for is a copy of the Koran they will find one. But I'm confident they'll find nothing to do with terrorism.

"If going to a halal restaurant is an offence, half of London would be locked up at Paddington Green police station.

"This police operation is deeply disturbing.It creates a climate of fear. We have offered the family our full support."

Lene Stokes, 42, a mum-of-two living opposite, said she saw unarmed police raiding the house at around midnight on Saturday.

She said: "I was shocked. I've never had any problems with any of the neighbours. There is a real community spirit."

He is said to have separated from his wife, Nyarko Baiden, a 22-year-old trainee community carer who lived at his family home for four years after they married in January 2001.

She said: "I can't believe it. Gilbert listened to R&B music, worked in Blockbuster and was a very sound guy.After we split he converted to Islam and when I last saw him two years ago he was barely recognisable. He had grown a beard and his friends had changed a lot."

Gilbert's arrest came after police moved on what could be the first suspected terror training camp in the UK at an Islamic school in the village of Mark Cross,in the East Sussex countryside.

He was one of 14 men arrested when cops swooped on the Bridge to China Town halal Chinese restaurant in Borough Road at 10pm on Friday.

Police said the suspects, aged 17 to 48, had been under surveillance for many months and had been involved in the selection and indoctrination of recruits.The group included men of Asian or Middle Eastern appearance,as well as some Afro-Caribbeans.

Gilbert Baiden was among three men arrested in nearby King James Street, having already left the restaurant.

All the suspects are likely to be in custody until Wednesday at the earliest.