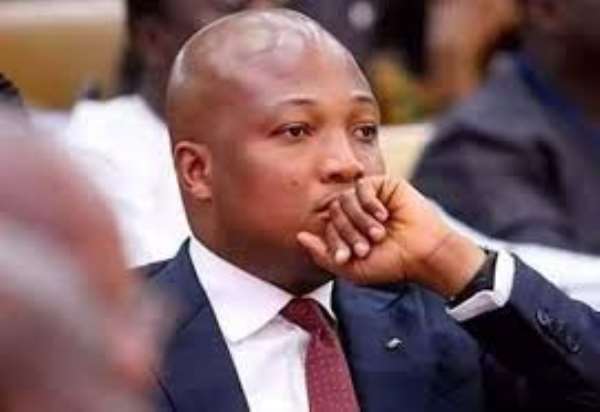 Persons seeking to occupy the office of President of the country must be willing to subject themselves to the scrutiny of the people for whom they will be working when voted into government, says the Member of Parliament (MP) for North Tongu, Mr Samuel Okudzeto Ablakwa.

He calls on Ghanaians to safeguard the purity of the country’s democracy.

This follows comments by the governing New Patriotic Party (NPP) suggesting that it is not interested in a presidential debate leading to the December polls.

In a post on Facebook, the opposition MP, who is also the Ranking Member of the Committee on Foreign Affairs, condemned the NPP for taking glory for projects that, according to him, they did not initiate during a recent town hall meeting addressed by Vice President Dr Mahamudu Bawumia.

Mr Ablakwa stated: “With every passing day, the NPP’s delivery tracker seems to be fast-gaining infamy as a ghost tracker.

“Many individuals, communities and reputable organisations have had to issue embarrassing disclaimers either exposing non-existent projects or protecting their ownership over projects they laboured to erect without any government support. Independent media fact-checks have revealed even more dodgy claims.”

Mr Ablakwa, therefore, urged Ghanaians to reflect on whether or not the governing NPP’s 2020 manifesto is a credible blueprint for providing solutions to the needs of the citizenry.

“Dr Bawumia’s uninspiring effort to convince Ghanaians they deserve more than the abysmal 14% our empirical and surgical scorecard returned on its 2016 manifesto implementation has totally collapsed like a pack of dominoes and further dented his tottering image.

“Beyond the damage to the credibility of the Akufo-Addo administration, we must reflect on the implications, particularly, for the NPP’s 2020 manifesto. With government officials finally conceding to a discredited database, the question is: how can the NPP’s 2020 manifesto be regarded as a credible blueprint for addressing the real needs and aspirations of Ghanaians? In much clearer terms - if your shady tracker lists roads, hospitals, bridges, AstroTurfs and schools which cannot be found anywhere, it is only logical to conclude that your manifesto proceeds on a dubious foundation and it is the people in the aforementioned communities who are bound to be shortchanged.”

He indicated that the main opposition National Democratic Congress’ (NDC) manifesto which is scheduled to be launched on Monday, 31 August 2020, will provide hope to the citizenry having been tailored to suit the needs of the people.

“One can therefore immediately see the wisdom of the NDC leadership when they chose to embark on a people’s manifesto which our opponents ridiculed. Clearly, you cannot get it wrong when you go to the people and engage them directly on what constitutes their needs, hopes and aspirations. Certainly, the NDC is better positioned to present a far superior manifesto on Monday. A manifesto from the people and for the people as it ought to be.”

The North Tongu MP said he now understands why President Nana Akufo-Addo is shying away from debating John Mahama.

“It can now be understood why President Akufo-Addo is running away from a debate with former President John Mahama despite the latter’s passionate appeals. When your record is defined by ghost projects and blatant deception which has resulted in a gaping trust deficit, you will obviously not present yourself to the Bukom Boxing Arena, not because that is another JM legacy but more because you need to desperately avoid a TKO from Sumaila Ndewura Jakpa’s descendant.”

According to Mr Ablakwa, politicians seeking to occupy the highest office of the land should have no choice in deciding if they want to debate or not.

In his opinion, “We must all agree that no matter the excuse, no politician especially those seeking to occupy the highest office of the land should have a choice whether to debate or not. Employees cannot determine that they won’t agree to be interviewed and yet expect to be hired by employers who in this case are the masses of this country. No functioning democracy worth its salt allows those managing national resources and those seeking to superintend over same to escape scrutiny with such utter contempt.”

He added: “The Ghanaian people as employers must no longer be tolerant of conduct that undermines our democratic purity. We actually should be having multiple presidential debates not one.”