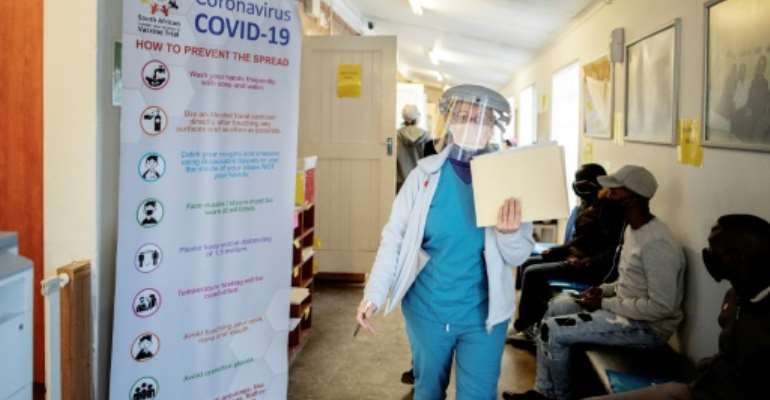 South Africa has been hit the harder than anywhere on the continent by coronavirus. By Luca Sola (AFP/File)

South Africa's President Cyril Ramaphosa said Thursday that corruption around procurement of coronavirus supplies in the continent's worst-hit country must be a "watershed moment" for tackling graft.

Ramaphosa told lawmakers during his quarterly question and answer session in parliament that it was "disgraceful" and a "huge stench" that some companies sought to "criminally benefit" from a national crisis.

But he vowed it would be "a watershed moment that marks the start of a new era in transparency and accountability in... procurement".

At least 11 government agencies are probing graft allegations tied to the pandemic.

The head of the country's Special Investigating Unit last week told a parliamentary committee that his agency was investigating five billion rand ($292 million) worth of irregularly-awarded government tenders for coronavirus supplies.

On Wednesday, the National Treasury published the names of dozens of companies that won coronavirus-related government contracts.

"This is a moment that we now need to capitalise on, in terms of ensuring that we strengthen our resolve" to fight corruption, Ramaphosa said.

State corruption is far from new in South Africa, but it worsened during the nine-year tenure of former president Jacob Zuma.

Zuma was forced to resign in February 2018 over graft scandals, while his successor Ramaphosa took over vowing to turn over a new leaf.

The president said South Africa was not the only country on the continent battling corruption involving Covid-19 supplies.

Fellow African leaders had told him they "are going through the same challenges," he said.

The scramble to procure protective equipment like masks as the virus spread around the world "gave people with corrupt intent, fraudulent intent, an opportunity just to make quick buck and overcharge governments in many, many other countries".

South Africa has 615,701 confirmed coronavirus cases and 13,502 deaths, accounting for more than half of infections across the continent.