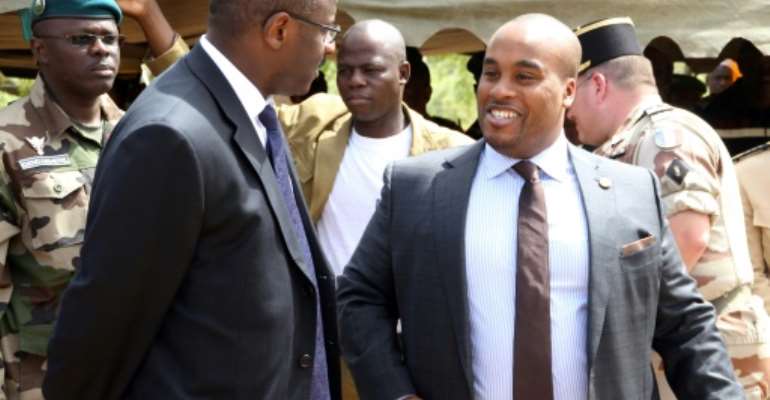 Karim Keita, the son of deposed Malian President Ibrahim Boubacar Keita who became a focus of public anger over his lifestyle, has fled to a "neighbouring country", sources familiar with his whereabouts told AFP Thursday.

"He left Mali two days ago by road," said a Malian MP close to Karim, who had himself sat in parliament since 2013 and was re-elected only months ago.

"He called me. He is fine," said the source, speaking on condition of anonymity

The president was arrested along with other government members during the country's military coup on August 18, but Karim disappeared from view, apparently escaping arrest.

Pictures from leaked videos apparently showing Karim partying abroad with scantily-clad young women -- which AFP could not independently verify -- were a staple of demonstrations against Keita's rule that broke out in June.

The president's son, aged in his early 40s, was painted as a person of loose morals living the high life while his impoverished country suffered. 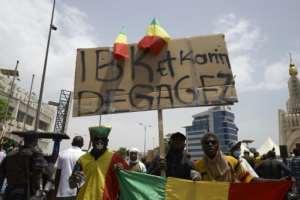 A protest placard at a rally in Bamako on June 5 reads: "IBK and Karim, get out." IBK are the initials of former president Ibrahim Boubacar Keita. By MICHELE CATTANI (AFP)

Public pressure prompted Karim to resign in July from the powerful chairmanship of the National Assembly's Defence committee, although he clung on to his parliamentary seat.

The MP said that Karim could be in neighbouring Burkina Faso or Ivory Coast, while a member of the Keita family -- also speaking on condition of anonymity -- said he was "not in Morocco".

"Soldiers came to arrest his bodyguard and we realised he was in danger. He's been out of the country for two days," the family member added.

An African diplomatic source confirmed to AFP that Karim was "in a neighbouring country."

The junta said on Thursday that it had freed his 75-year-old father, who had announced his resignation hours after the coup.