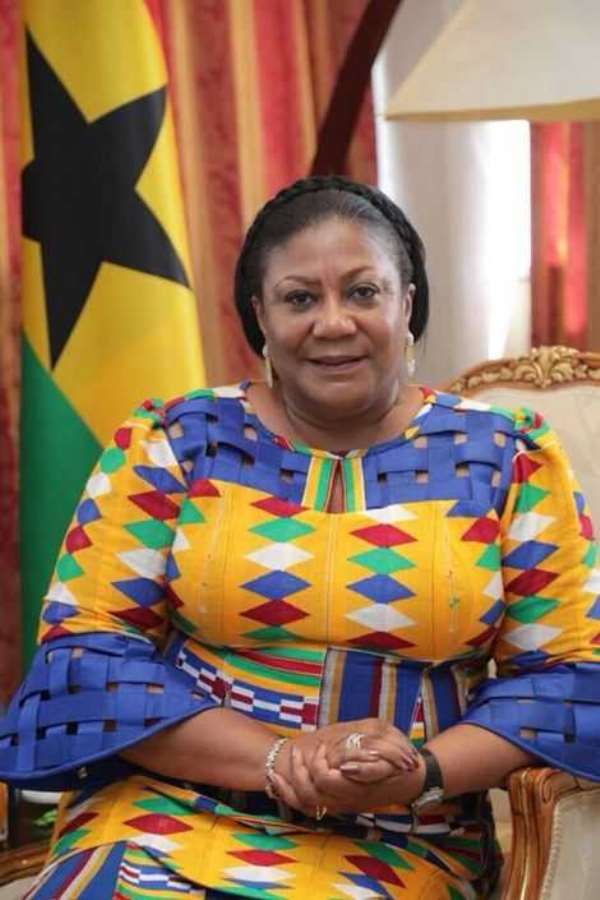 Yaw Dabie Appiah-Mensah, a leading member of the ruling New Patriotic Party (NPP) has showered praises on First Lady Mrs Rebecca Akufo-Addo for her outstanding role at improving maternal and child health in the country in the last few years.

He described as “unparalleled” the contributions of the First Lady as well as the Second Lady, Mrs Samira Bawumia and the Chief of Staff, Mrs Akosua Frema-Opare toward the overall development of the country.

Mr Yaw Dabie who was once an NPP Regional Organiser for the then Brong-Ahafo Region said these in an interview with modernghana.com in Sunyani.

He observed that the selfless and dedicated services of the three stateswomen in the past three years in government were unmatched, describing their capabilities as a virtuous picture of “biblical womanhood”.

Throwing more light on some of the successes chalked by the First Lady, Mrs Rebecca Akufo-Addo, the NPP Firebrand advised Ghanaians to renew the mandate of the government in the Election 2020.

He emphasised the construction of mother-baby units, adolescent health corners and public libraries in parts of the country were unprecedented and indices of uncorrupted administration, adding the trio needed another opportunity to contribute towards national reconstruction processes.

Mr Dabie noted that President Akufo-Addo’s government had done a lot to better the lives of the people, and it was up to the media and the NPP communication team to highlight the achievements to guide voters to make informed decisions when they go to the polls on December 7.

“These three stateswomen are working hard in government to help alleviate the socio-economic plight of women. Indeed, they have not failed the government in their respective leadership positions and Ghanaians must reward them for that.

In his opinion, the most appropriate way to reward for them “is to ensure that we all vote to retain the NPP in power so that an opportunity would be created for them and other women of substance to serve in government.”