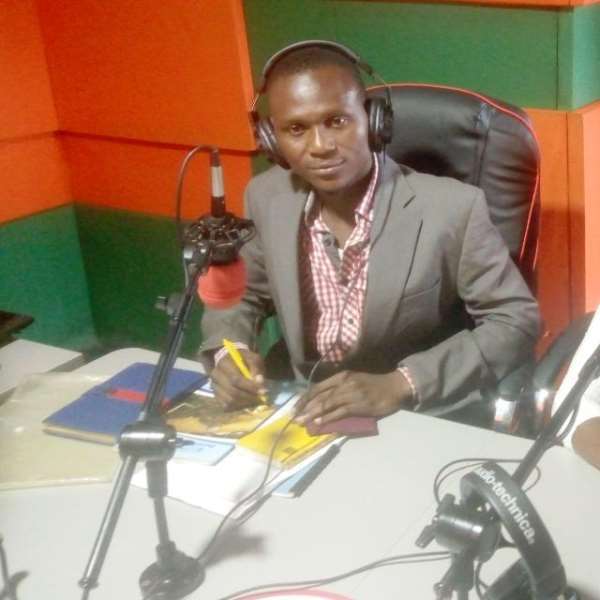 It is not a populists nonsense but a global axiomatic fact to opine that "Disability is not inability". Not only the open fair-minded egalitarians but even the believers of repressive customs as well as the biased elites with their entrenched misguided prejudices against People With Disabilities (PWDs), have now come into uncertain terms with this proposition as there is no contrary school of thought.

As an ardent advocate, I have been working with and for the betterment of my own people the PWDs since 2013, because, "until the lions learn to write, every story will always glorify the hunters" which can be erroneous if not a total misrepresentation.

Arguably, Persons With Different Abilities which hitherto was known as Persons With Disabilities, are not good for nothing. I have observed that, despite the myriad of artificially erected daunting challenges, militating against the full unearthing of the PWDs' potentials in life, there still exist evidence of towering achievements in preponderance to their credit across the socioeconomic spectrum of all human developmental indices.

It was therefore not out of place for the United Nations (UN) to have promulgated its first comprehensive human rights treaty of the 21st century on PWDs. The treaty, elaborated in detail all the rights and freedoms of PWDs and sets out a code for its implementation across the globe. However, this global call for recognition of the inherent dignity and worth of the physically challenged human person as it pertains elsewhere outside Africa is at its lowest ebb in Ghana. For the avoidance of doubt, Ghana as a member country signed onto the convention on PWDs in 2007 and ratified it in 2012 to become the 119th country in the world and 32nd in Africa chiefly to reaffirm its commitment to the lofty ideals of protecting the fundamental human rights, liberties and freedoms of Persons With Different Abilities.

In furtherance, the ratification of the treaty, underpins the background and scope of the Ghanaian legal regime on Persons With Disabilities (PWDs). Even though, article 29 of the 1992 constitution of Ghana and sections of the children's Act 1998(Act 560), the Labour Act 2003(Act 651) and the Education Act 2008(Act 778), all of which have spelt out the rights of the disabled people. Yet, the parliament of Ghana passed the Disability Act 2006(Act 715) to usher in a new dawn of hope for PWDs and their surrogate activists because their peculiar circumstances have not been sufficiently addressed by the existing laws, policies and programs.

In brief, the Act was to change attitudes and approaches to Peesons With Different Abilities. It actually presented a whole paradigm shift from viewing PWDs as "objects of charity" towards viewing them as "subjects" with rights, who are capable of claiming those rights and making decisions for their lives based on their free informed consent as well as being active members of the society.

That notwithstanding, what has become of this Act over the fourteen years period? Has it protected the rights of PWDs and facilitated their self representation in the mainstream of social, political and economic activities in Ghana? It will be an untenable figment of imagination if not preposterous to uphold this Act practically positive in respect of the PWDs' realities on the ground.

I have noted with utmost disappointment that, what happened between 2006 when the Act was passed up-to-date leaves much to be desired. It is nothing but an unfortunate testament of failure by successive governments. In simple terms, Persons With Disabilities in Ghana have gullibly trusted only to an empty rhetoric, a rather bizzare compliance facade!. The fraternity of PWDs here in Ejura-sekyedumase constituency have concluded that, "We are not equal citizens under the current legal regime as it stands now because our rights are not fully recognised and actively protected as envisaged by the Act".

Indeed, suffice me to say that, the development of PWDs in Ghana vis-a-vis the overall general development of the Ghanaian people is inexcusably very slow and so, as Ghana goes to the polls in December 2020, it is worthy of note that, 64,966 of the voter population are disabled and over five million of the Ghanaian population have some form of disability. The time is therefore rife for our voice to be heard and strengthened not only at the District Assemblies but at National level as well.

On this note, I proposes that, the political parties should consider taking on board these four key issues and formulate their policy proposals in a more pragmatic manner to ameliorate the prevailing deplorable situation as far as Ghana's blue print for development in the next four years is concerned.

First, the next government should muster the political will of enforcing the Disability Act in its totality to serve its intended purpose, especially the appointment of the National Council for Persons With Disabilities (NCPD) as well as their representatives at the regional and District levels.

The Health care should be comprehensive as well, ie access to health insurance, sexual and reproductive health care and specialised health care. Employment for PWDs into both formal and informal sectors should come with tax waivers and other incentives to their employers.

Third, Participation in governance. The next government should consider appointing PWDs to occupy positions of trust at national and local levels and ensure the implementation of affirmative action.

Finally, the fundamental issue of accessibility to; the physically built environment, public facilities, transportation, equal opportunities, services, information, and communication technologies should not be left out of the equation.

In conclusion, since the issues and concerns of Persons With Disabilities are numerous, it is my well-considered view that, if the next government focused on the above teething issues, the continuous marginalization, the needless unproductive discrimination based on disability, the deprivation and exploitation of the PWDs' rights with impunity in a broad daylight would be brought to the barest minimum.

Let us live within the realities of our time, which is that, the days of lip service, the days of tokenism, and the days of heavy empty rhetoric are over. A society that evidently sidelines its vulnerable minority groups, such as PWDs cannot be developing holistically and so the nonchalant attitude of Ghanaian politicians towards PWDs should be given a second thought.

Ghana Federation of the Disabled (GFD)

W/R: Adiembra residents save 17-year-old student from kidnap...
37 minutes ago