Malians wonder what has changed since the coup 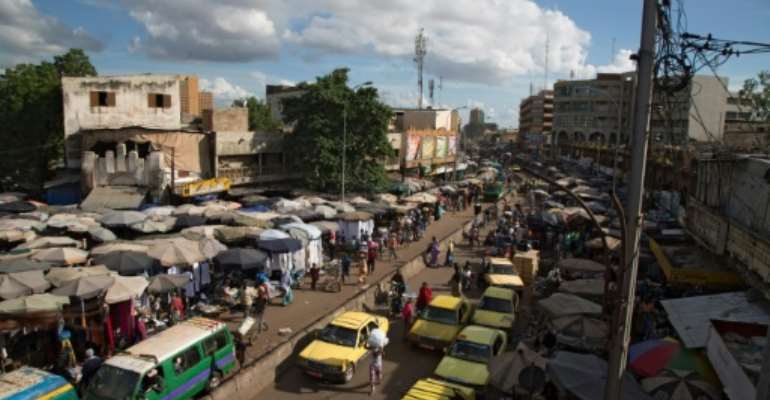 Bamako, Mali's capital, continues its daily life with its usual difficulties a week after a coup ousted the country's president. By ANNIE RISEMBERG (AFP)

More than a week has elapsed since rebel soldiers toppled Mali's president, sending shockwaves around West Africa and in France, its staunch ally.

But in Bamako, many Malians see little change. Life still flows onward, like the eternal Niger river that rolls through their capital.

"I challenge you to find a single thing that's different, apart from the curfew," Abdoulaye Sidibe, who runs a small shop, said with a laugh.

Little stores like Sidibe's are myriad in Bamako. They sell everything, from eggs and bread and soda to tiny amounts of rice, drawn from 50-kilogramme (110-pound) sacks.

In the district of Torokorobougou, Children pass through the streets to buy the food for the evening meal, and elderly retired men sip tea and discuss politics. A mobile tailor passes by on a bicycle, snapping his scissors to declare his services for anyone needing a quick patch or hem.

Businesses were closed the day after the coup, but many small business in the informal sector stayed open. By ANNIE RISEMBERG (AFP)

The August 18 coup came after waves of protests demanding the resignation of 75-year-old President Ibrahim Boubacar Keita, floundering in a sea of problems from jihadist bloodshed to a sinking economy.

In the early hours of the following day, Keita appeared on national TV in order to announce his resignation, saying he had had no choice, and wanted to avoid "bloodshed."

Since then, his supporters have kept a low profile and the June 5 Movement, which clamoured for his downfall, has promised to "work" with the junta for the return of civilian rule.

The only major change has been a curfew, enforced from midnight to five a.m.

But the streets in Bamako are invariably deserted at those times anyway, and few in the city have any money for late-night merrymaking.

Eight days after the coup that deposed President Ibrahim Boubacar Keita, the capital's grand market is busy as usual. By ANNIE RISEMBERG (AFP)

Mali's neighbours, fiercely opposed to the ouster of an elected leader, have closed their borders and halted financial and trade flows.

A diplomat said that the sanctions were feared by the junta, "which doesn't want public opinion, which right now appears to be on its side, to turn against it."

Internal trade, foreign investment and remittances of money by Malians working abroad are just about keeping the economy afloat in a country that was already one of the poorest in the world.

Right now, the impact of that embargo is hardly perceptible in Mali itself.

Former Nigerian President Goodluck Jonathan (2L) has meet with the junta leaders to discuss transition back to civilian rule. By ANNIE RISEMBERG (AFP)

Whether it will be ratcheted further may become clearer on Friday when leaders of the regional bloc ECOWAS confer over the outcome of a three-day mission it sent after the coup.

The junta on Thursday said it had released Keita -- a key ECOWAS demand.

The Central Bank of West African States, which gathers eight countries including Mali and provides its commercial banks with cash, has reopened its doors after being temporarily closed, and national financial transactions have resumed.

However, "transactions at sub-regional and international level (remained blocked and this) may cause lots of problems," said Hamadoun Bah, head of a national association of banks, insurance companies and financial establishments called Synabef.

Most Malians eke out their living in the informal economy and so far have not been affected by these storm clouds.

Fuel sellers still hawk bottles of petrol, or gasoline, by the side of the road, and the bridges linking to the two banks of the Niger remain choked with traffic, with barkers leaning out of minibuses to prospect for passengers.

The coup came after weeks of protests calling for Keita to step down. By ANNIE RISEMBERG (AFP)

The ministries and other public offices are only partially at work, but this has been the case for months during the protracted crisis.

The country's previous putsch was just eight years ago, and was followed in 2013 by Keita's ascent to the presidency, winning victory at the ballot box by posing as a figure of national unity.

But businessman Youssouf Berrada warned against the illusion that the latest coup would be painless.

"You cannot go through such a profound crisis and think that things will remain the same," he said.