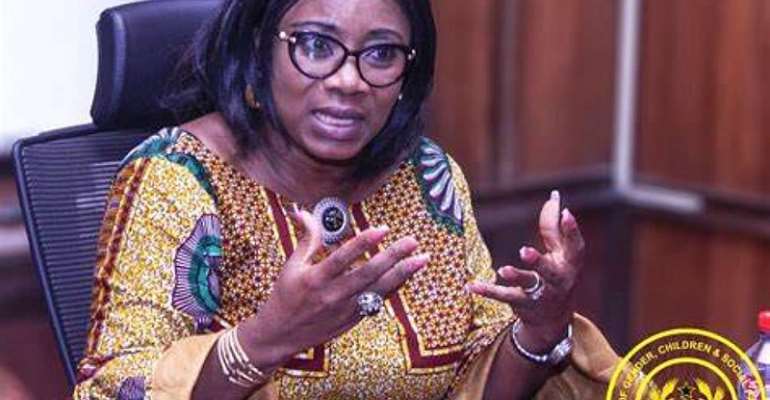 The Ministry of Gender, Children, and Social Protection has commenced an investigation into the politicization of hot meals served final year Junior High School students.

It follows disturbing social media visuals of a teacher asking students to repeat the 4 more for nana slogan or forfeit their free meals. Some pictures in circulation also show food packs with the picture of the president Nana Akufo Addo embossed on them.

The intervention was meant to be nothing beyond providing meals for 584 thousand final year students and their staff in the Junior High Schools.

The objective according to President Nana Akufo Addo was to ensure that students do not breach COVID 19 protocols as they move outside in droves to buy lunch.

Speaking to Kasapa FM’s Akwasi Nsiah, the Minister for Gender, Children, and Social Protection, Cynthia Mamle Morrison who’s currently on a tour to assess how the programme is being executed, condemned the politicization of the intervention describing it as distasteful.

“I’ve received some videos and pictures but investigation is ongoing to establish their veracity. With one of pictures, the Parliamentary Candidate whose picture is embossed on the pack I called and ask him about it but he had no idea about it. He didn’t even know that his picture had been used and also had no idea who cooked the food.

“There’s another video in which the teacher asks the students to say ‘Four more for Nana’ before the receive the food. That is wrong…it’s distasteful. The teachers were not asked to share the food. The students are to take the food themselves, we are investigating al these issues.”

Takoradi 'azaaa' woman still in custody as she fails to meet...
17 minutes ago