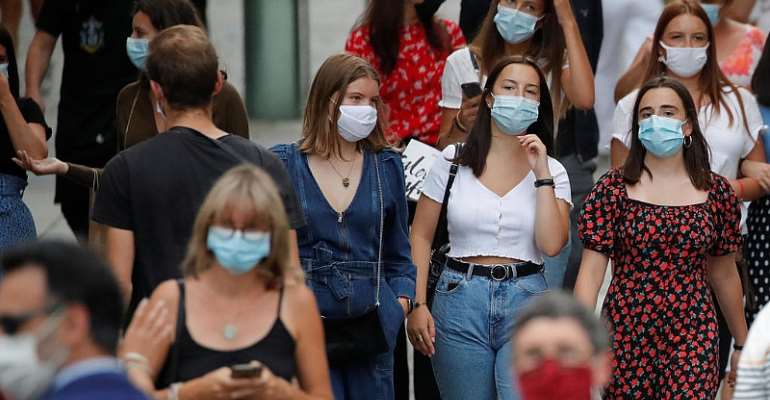 Acknowledging the “undeniable resurgence” in new Covid-19 cases in Paris, French Prime Minister Jean Castex has announced that faces masks will become compulsory throughout the capital.

"The epidemic is gaining territory, and now is the time to intervene," Castex said at a press conference on Thursday.

France recorded more than 5,400 new cases of Covid-19 in the latest 24-hour period. More than 800 Covid-19 patients are admitted to the hospital each week, which was at 500 six weeks ago, he said.

“Red” zones of active virus circulation have spread to 19 departments in France, bringing up the total to 21 out of 94 departments.

While masks will become compulsory, Castex did not specify when the edict would be enforced.

The soaring number of infections in cases has been particularly sharp among younger people, rather than elderly people who were hardest hit when the epidemic first hit. But new cases are being reported across the board in every age group, said Castex.

The incidence rate is currently at 39 positive tests per 100,000 people – four times the level one month ago.

The “R” rate of transmission is up to 1.4 countrywide, indicating that 10 infected people are infecting 14 more on average.

Castex said that the French government would do everything it could to avoid any repeat of a lockdown on the population, but added that localised confinements could be in order.

He reiterated the necessity of regular hand-washing and mask wearing, and taking social distancing seriously.