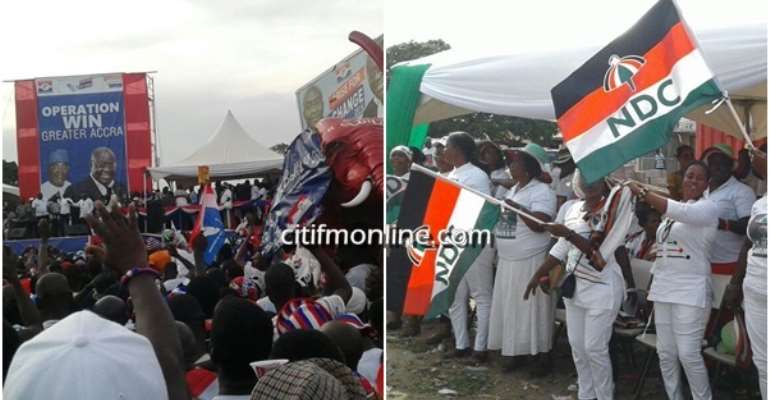 “If wishes were horses, beggars would ride.

If turnips were watches, I'd wear one by my side.

If 'ifs' and 'ands' were pots and pans

There'd be no work for tinkers' hands.”

IF WISHES were horses, beggars would ride simply implies that if one could readily have what one wanted, life would be easy. Or if wishing could make things happen, then even the poorest of all people would have everything that they desire. So, supposing wishes were really horses, shouldn't beggars ride?

Cape Coast, traditionally called Oguaa and Kotokuraba (Village of Crabs), is not just a coastal fishing town in Ghana; it is a historical city. After Pedro Escobar, the Portuguese sailor sailed past it in 1471, he named it Cabo Corso (short cape). It had changed hands from Portuguese to Swedes, Danes, Dutch and finally English who moved the capital of Gold Coast from there to Accra in 1871. The Bond of 1844, the pact by which the Ghanaian nationalists targeted Ghana's independence – was signed between the British and the Fante Confederation here.

It was in this historical city that the NPP launched its 2020 manifesto. A political manifesto is a public declaration of policy and aims of a political party. It is a list of policies that a political party declares to enact if it is voted into power. In the manifesto, a political party declares its vision (or intentions), the core values and goals of the party and sometimes the mode of achieving the purpose. Thinking about “manifestos” or “manifestoes” brings to mind the “Manifesto of the Communist Party” by Karl Marx and Friedrich Engels written in 1847 in which they describe the Bourgeois and Proletarians, among others.

The slogan chosen by the NPP for this year's manifesto was the mouthful “Leadership of Service, Protecting Our Progress, Transforming Ghana for All.” The die-hard NPPists call it “NPP to do more”. It was a manifesto that seeks to build on the achievements “chalked up in its first term in government.”

Last Saturday saw all the speakers at the function at Cape Coast heaping praise upon the party for demonstrating its belief in freedom and democracy; touting its pro-growth structures; and giving hope for the ordinary people. For them, there is nothing better than judging them by the down-to-earth delivery of government as evidence of truth in the 2016 manifesto. So, why should not the electorate give it the chance to do more?

The manifesto was couched in a 216-page document and divided into six parts: Accounting for our stewardship; the Impact of the Covid-19, Post-Covid Recovery; Beyond 2020; Accelerating Growth and Transformation; and Ghana Beyond Aid.

Dr. Mahamudu Bawumia, the lead speaker, giving an insight into the manifesto declared that the NPP administration would establish a GH¢100 million National Rent Assistance to offer support for people in financial straits. The rent, paid to landlords, would be deducted at source from beneficiaries' salaries – this appears to bridge the gap between landlord and tenant as spelt out in the Rent Act, 1963, Act 220 and introduce a new Rent Control Act. The infrastructure for legal education would be expanded to increase access to legal education. All secondary schools and public tertiary level would be furnished with Wi-fi. All students at the tertiary level would have access to student loans without the requirement of guarantors, especially now that all are expected to possess national identification cards and a new harbour and an airport would be constructed at Cape Coast, to boost tourism by addressing the transport problem between Accra and Cape Coast.

When President Nana Addo, mounted the rostrum, he declared: “We of the NPP have always taken our manifesto seriously because we believe politics is a serious business and asking for the mandate of the people to govern is serious business.” Contrary to the assertion by former President John Dramani Mahama that “Ghanaians have short memories”, the President said: “… the electorate would remember vividly the agony and hardship the NDC took them through and vote massively against him for the second time running.” It was salutary to the NPPists when the President said his government would “protect” the SHS and TVET policy which had brought relief to students and their parents to “…prevent any so-called 'review', another word for 'cancellation”. The President advised Ghanaians not to believe the “deceptive conversion” of Mr. Mahama to the free SHS, having first debunked the idea and rubbished the policy, “… and now we hear him say it has come to stay. Your credibility on this one is zero. Free SHS and free TVET cannot be entrusted in your hands.”

Prior to the launch of the manifesto, there had been a protest march by residents of Cape Coast, stressing: “No Airport, No Vote”. And the President is reported to have said, “This is a place which is one and a half hours from the capital which has a major international airport and there is also an airport in Takoradi. The response of the government should come after the matter has been thoroughly examined and the need has been established and the Ministry of Aviation has begun the process to be able to decide whether the need for the airport can be justified.” Any conflict? Why would one want to kill a fly with a sledge hammer? But Franklin Cudjoe of IMANI expresses his satisfaction that the manifesto did not contain too many 'catchphrases'. “It wasn't a big bang. I was happy that sloganeering that was heard the last time is no more. Reality has now hit home.”

On Tuesday, August 25, the Vice-President, Dr. Mahamudu Bawumia, granted an exclusive interview on Peace FM; Kwame Sefa Kayi was the host. Kwame wondered why all the promises were being made, as if the NPP knew the results of the 2020 election would go in their favour. Dr. Bawumia answered: “I will not say we are in a comfortable lead, whether or not we will win in 2020 election is in God's hands.” On the debacle between the NPP and NDC over infrastructure and the claims by NDC that twenty-six of the projects out of over 17,000 were non-existent, he challenged NDC to “build your delivery tracker; let's interrogate it.” Was he “lying”? We have heard people say, instead of lying: misrepresenting facts; spinning a yarn; pulling a fast one; telling half-truths; having selective amnesia; telling half-truths; being economical with the truth; falsifying facts; distorting facts; being disingenuous; exaggerating; telling a terminological inexactitude; deviating from the truth. There are “many ways of killing a cat.” Euphemisms.

Honourable Okudzeto Ablakwa declared that the NDC had provided one and a half million jobs. We had expected a retraction, but no. NDC once promised a one-time payment of Health Insurance, but it did not materialise. On the balance, we think the NPP is closer to the level of credibility than other governments we know of. We have lived under NDC and NPP. We can judge for ourselves our experiences. A lot of people would, however, like to continue to enjoy Free SHS; continuous running of electricity (no more 'dumsor'); abolition of levies of kayayei; mobile money interoperability; ambulances for constituencies; digital address system; successful exit from the IMF; absorbing the cost of WASSCE registration fees for students; teachers' and nurses' allowances… Waaoo.