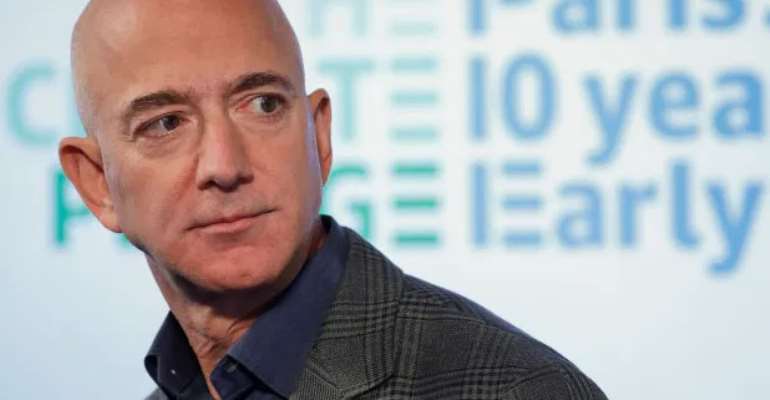 American billionaire and Chief Executive Officer of Amazon, Jeff Bezos, has become the first person in the world to have a net worth of $200 billion.

The world’s richest person, Bezos, is wealthier than he has ever been.

He crossed a milestone previously unseen in nearly four decades when Forbes was tracking net worth.

With Amazon stock edging up 2% as of Wednesday afternoon, Jeff’s net worth went up by $4.9 billion, making the 56-year-old the world’s first-ever person to amass a $200 billion fortune.

As of 1:50 p.m. EDT on Wednesday, the Amazon founder and CEO is worth $204.6 billion nearly $90 billion more than the world’s second-richest person, Bill Gates, who’s currently worth $116.1 billion.

According to Forbes, Amazon's stock price has been skyrocketing over the last few months, as millions of people have been forced to stay inside and order more products online due to the COVID-19 pandemic.

Amazon is worth $1.72 trillion, making it the second most valuable company behind Apple, which is worth $2.16 trillion.