NDC’s 2020 Manifesto Will Not Be A Recycled Promises – Ablakwa 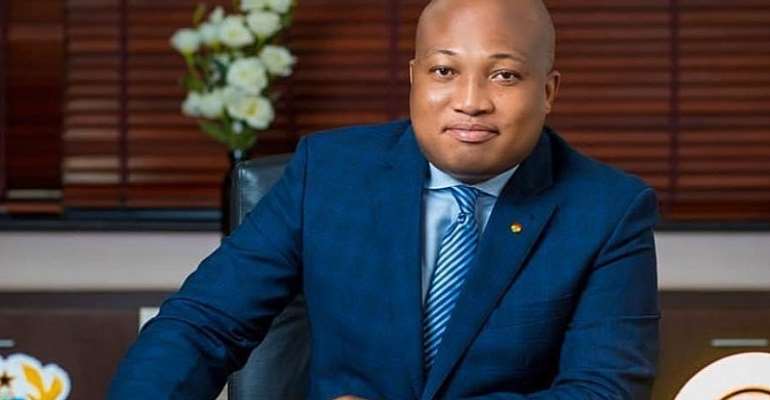 The opposition Member of Parliament for North Tongu in the Volta Region, Samuel Okudzeto Ablakwa says the National Democratic Congress’s (NDC) yet-to-be-outdoored 2020 manifesto will be superior to the one released by the governing New Patriotic Party.

According to him, the NDC’s manifesto will be driven by the real needs and aspirations of Ghanaians.

Mr. Ablakwa in a Facebook post said Ghanaians will appreciate the wisdom in the NDC manifesto when it is launched on Monday, August 31.

“One can therefore immediately see the wisdom of the NDC leadership when they chose to embark on a people's manifesto which our opponents ridiculed. Clearly, you cannot get it wrong when you go to the people and engage them directly on what constitutes their needs, hopes and aspirations. Certainly, the NDC is better positioned to present a far superior manifesto on Monday. A manifesto from the people and for the people as it ought to be.”

He further said President Akufo-Addo is ‘running away’ from a debate with former president Mahama because the NPP government has failed to implement most of its 2016 manifesto promises.

“It can now be understood why President Akufo-Addo is running away from a debate with former President John Mahama despite the latter's passionate appeals. When your record is defined by ghost projects and blatant deception which has resulted in a gaping trust deficit, you will obviously not present yourself to the Bukom Boxing Arena, not because that is another JM legacy but more because you need to desperately avoid a TKO from Sumaila Ndewura Jakpa's descendant.”

The NPP launched its 2020 manifesto last Saturday at Cape Coast in the Central Region.

Earlier the NDC had described the NPP’s manifesto as recycled promises which do not inspire hope.

According to the opposition party, the promises outlined by the NPP do not reflect the work done by the party after being in office for over three years.

The Deputy General Secretary of the NDC, Peter Otokunor in a Citi News interview said the NPP's 2020 manifesto promises are not feasible and do not give Ghanaians the right information to make a meaningful decision come December 2020 hence must be ignored.

“You will see clearly that the manifesto they put out was not a manifesto that inspires hope. We expect that a manifesto for a government that is in power will inspire hope and provide the needed vision that Ghanaians can rely on to make any meaningful decision, but here we are, it is the same old recycled, outrageous promises without any basis or clear direction. Most of the promises were made because they think that they have to say something,” Mr Otokunor said.

Takoradi 'azaaa' woman still in custody as she fails to meet...
2 minutes ago