Mangosuthu Gatsha Buthelezi: a reappraisal of his fight against apartheid 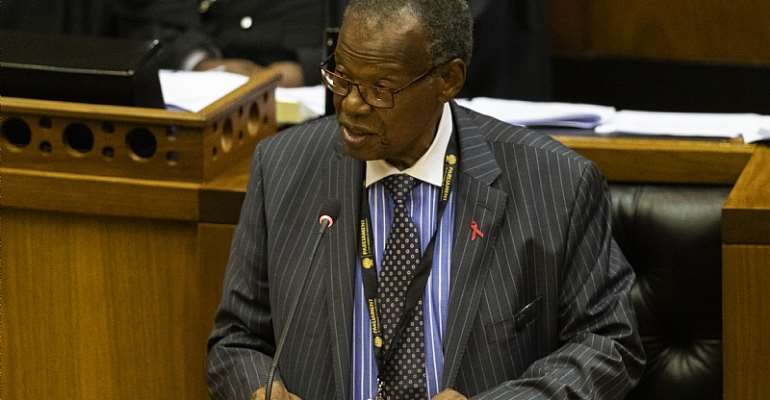 South Africa's 20th century history is closely associated with the term apartheid . The policy of strict racial segregation was the guiding principle of the National Party , which represented a predominantly Afrikaans-speaking white minority. The party was voted into government by white South Africans, the only citizens to have the franchise, in 1948. In 1994, the first democratic elections replaced the regime with a government based on popular vote .

Since the 1950s, a system of “petty apartheid” which separated the physical day-to-day interaction of racially defined groups was complemented by a policy euphemistically called “separate development”. People were forcibly resettled to scattered reserves for indigenous African communities in ten ethnically defined Bantustans or “homelands” . These were KwaZulu, Transkei, Ciskei, Bophuthatswana, Venda, Gazankulu, KaNgwane, KwaNdebele, Lebowa and QwaQwa.

The Transkei (1976), Bophuthatswana (1977), Venda (1979) and Ciskei (1981) were finally declared “independent”. KwaZulu , designed as home to four million Zulu people, was granted “self-government” in December 1977. But Mangosuthu Buthelezi, head of the entity since 1976, steadfastly resisted any bogus independence.

Only Bantu Holomisa followed a similar trajectory to Buthelezi. In 1988 he ousted the leader of the Transkei. He then turned self-government into an instrument against apartheid. In contrast to Buthelezi, Holomisa closely collaborated with the liberation movement, the African National Congress (ANC).

Buthelezi was the only one from the initial generation of Bantustan leaders who played a significant role in South Africa's transition to democracy. His subsequent role as Minister of Home Affairs (1994-2004), Member of Parliament and leader of the Inkatha Freedom Party until 2019 testify to his political influence.

Two recent PhD theses provide new insights challenging the notion that Buthelezi could be reduced to a puppet of Pretoria's minority regime and a sellout. Putting him in the league of some of the most notorious Bantustan leaders, such as the Transkei's Chief Kaiser Matanzima (1915-2003) or Bophuthatswana's Lucas Mangope (1923-2018) , would be wrong.

Fighting the system from within

Mounting pressure forced the apartheid regime in the 1980s to reformulate its strategy and to enter negotiations over a post-apartheid society. Investigating the politics of Buthelezi and Inkatha in this process recognises a neglected dimension. As Houldsworth argues, Buthelezi occupied a “distinctive and paradoxical position”, which “defies straightforward categorisation”.

Additional insights are now added by Aljoscha Tillmanns. His research on “Inkatha during political turmoil” analysed the political action of Buthelezi, Inkatha and associated organisations during the same period. He presented a PhD thesis this year at the University of Duisburg-Essen on “Development for Liberation. MG Buthelezi's and Inkatha's initiatives towards a different South Africa, 1975-1994”.

Based on further archival material, Tillmanns' focus provides more insights into the internal dynamics and power struggles in Inkatha. He explores the anchoring of cultural-regional Zulu identity as the (re-)invention of tradition for hegemonic purposes in day-to-day politics. For him too, the evidence suggests that Buthelezi's policy made him anything but a vassal of the apartheid regime.

For both Houldsworth and Tillmanns, Buthelezi was in fundamental opposition to apartheid. This was despite the fact that he was less radical than the ANC. While willing to negotiate with the National Party, he was never prepared to sacrifice certain fundamental convictions.

Houldsworth quotes Gavin Relly, former chairman of Anglo American, from an interview in December 1994, as saying that Buthelezi's refusal to comply with homeland independence made him

the anvil on which apartheid was broken.

Both theses stress that much of the underlying notion in Buthelezi's position resembles features of the conservative political philosophy of Edmund Burke (1729-1797) . His political ideology was guided by a belief in consociationalism . This could be seen as an attempt to engineer closer cooperation with liberal and conservative whites in a “politics of compromise” .

At the same time Buthelezi's policy was to strengthen his role in competition with the ANC. His confidence and trust in the existing forms of state and economy estranged him from the liberation movement. He disagreed with its partly socialist connotations and the collaboration with the Communist Party . In his own version, the falling out in 1979 was also over the disagreement about resorting to armed resistance .

Buthelezi's socio-political visions were rooted in a combination of tradition and modernity for the sake of development. For him, development was rooted in strengthening two notions. The first was of a (partly invented) Zulu past . The second was the notion of ubuntu (humanness), which encapsulates the sub-Saharan moral ideals expressed with the maxim, “a person is a person through other persons” .

At the same time, he demanded the release of Nelson Mandela throughout the 1980s as a precondition for negotiations over power sharing options. He believed that Mandela would be a moderating element in a negotiation process including the ANC.

Buthelezi sought to improve Inkatha's prospects by advocating a long and multi-faceted negotiating process which would allow for the gradual moderation of African politics and the reconciliation of disparate black groups … Inkatha politics were to an extent shaped by considerations of expedience in its efforts to retain or gain influence in South African politics. (p. 210)

To what extent Buthelezi and Inkatha were responsible for the dramatic escalation of political violence in the late 1980s remains a matter reserved for further discussion. But Tillmanns concludes with a sobering reminder:

The ugly side of history should not be forgotten. The change of the 1980s and the uncertainty that came along with it allowed violence in the fight for territory, but also for resources, to spread … Inkatha reacted to the increasing activities of the ANC alliance with countermeasures that led to a spiral of violence in which no side remained innocent. (p. 413)

Buthelezi (92) deserves better than being dismissed as a stooge. But he deserves little praise as an advocate for human rights and civil liberties. It seems to be fair to conclude that his own appetite for power was always stronger than his commitment to values. But no matter on which side of history he is placed, he will remain the only first generation leader of a Bantustan who left an imprint on South Africa's way to democracy.

Henning Melber has been the external examiner to both the PhD theses presented.