Editorial: This Is Unwelcome 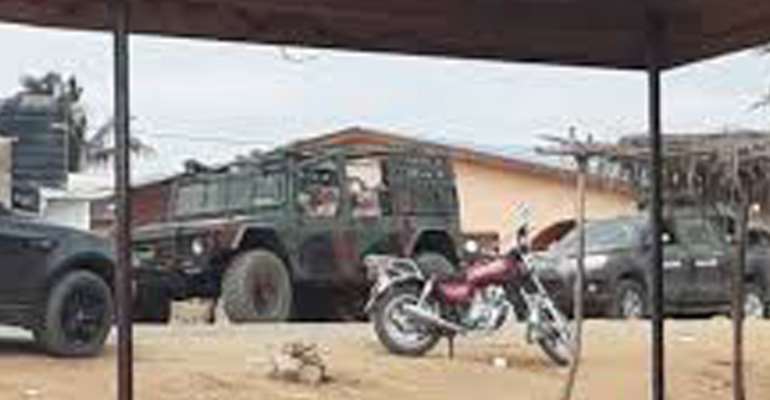 Details about the mayhem which visited Dome-Faase in the Ga South Municipal Assembly of the Greater Accra Region at the time it broke yesterday were sketchy.

It was clear though that the residents of the town were scared to the marrow after spotting an approaching reinforcement of troops.

The locals had reportedly descended upon soldiers who were on lawful duty in the area, injuring two of them. The last thing we would want to happen in the country following the nasty and unfortunate incident which claimed the life of Maj. Mahama is a situation in which persons working for the state are attacked and injured or even killed.

The circumstances in which soldiers and not civilian police officers are deployed for an internal security mission such as the one under review would definitely be contained in the statement yet to come from the Ghana Armed Forces. In the absence of such a detailed report, we would just wait and avoid a conclusion.

The soldiers who were deployed to the location were assaulted by the youth of the town on an issue which should, of course, be probed for the truth to emerge. They were on lawful duty, we have been told, their activity nowhere near the arbitrariness claimed by their attackers.

These are unusual times of exaggerations and slanting of stories by persons who have political scores to settle and objectives to achieve.

The Ghana Armed Forces would be doing the institution and the country a service by stating clearly the role of the soldiers in the debacle.

Of course, the police should play a pivotal role in the investigation because after all that falls within their terms of reference.

That is why we are surprised that the police appeared to have avoided the unfolding the chaos. The Kasoa Police, we have been told while on their way to the place, changed course leaving, as they reportedly said the case to the Regional Command to deal with.

As we compose this commentary, the soldiers are holding fifteen suspects, even though clearly these persons should be handed over to the civilian police.

The tendency by some Ghanaians to take the law into their own hands and do as they please is not a welcome development, considering the negative fallouts this can triggers.

Information that a land dispute between the people of Dome-Faase and others in the adjoining Akyem area makes the subject even more complex, if it is true.

Land disputes, we would have thought, belonged to the past ‒ no longer tenable in modern settings. Now that remnants of the past are showing their heads, delays in addressing them would not serve our broader national interest.