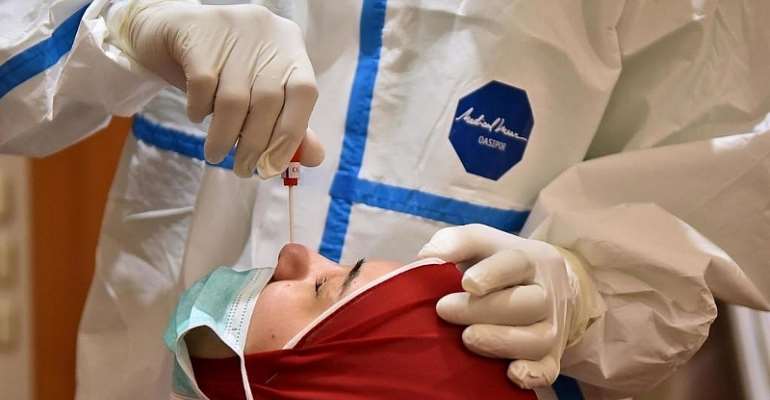 Researchers are attempting to understand why the steadily high rate of new Covid-19 cases in France is not mirrored in hospitalisations or deaths. The main reason, other than more testing, appears to be that the epidemic is now affecting younger people who have either no symptoms or relatively mild ones.

"The virus is circulating four times more among people under 40 than those over 65," French Health Minister Olivier Véran told the weekly Journal du Dimanche.

"Young people tend to be asymptomatic, or have fewer medical complications. This doesn't mean they aren't at risk," warned Véran, who has for weeks urged young people to exercise precaution as infection rates among them soared.

Veran said testing for Covid-19 had become more widespread since the beginning of the crisis and that the government target of 700,000 tests per week had been surpassed.

But more testing is not the sole explanation for the rise in numbers, experts point out, citing public health figures between 3 and 9 August that show a clear rise in the younger bracket.

The infection rate went up across all age groups – but much more markedly among the 25-29 and 30-34 age groups.

As the number of tests carried out increased, the number of positive tests also increased across the board (+41 percent), highlighting the fact that more younger people are in fact carrying the virus, without realising it.

Pascal Crépey, epidemiologist from Rennes said milder forms of the disease are affecting younger generations, who are less likely to go to hospital – but they account for the rise in figures all the same.

He says older people and those at risk, continue to protect themselves and don't frequent the same places as younger people (bars, workplaces), which explains their numbers remaining steady.

However, young people should be wary of the consequences of not respecting the mask-wearing rule and other hygiene measures and the effect it could have on those around them – particularly as schools re-open next week.

"Older people will be at risk of family contamination," he explained to France Info. "It might take longer to emerge, but if a renewal of the epidemic is not controlled, we'll see the virus spread quickly, regardless of the age group."

Health Minister Véran pointed out the example of the Bouches-du-Rhône area, in the south of France which has recently been labelled a high risk zone due to the number of cases.

"In the Bouches-du-Rhône area, where there are 188 new cases for 100,000 people between the ages of 20 and 40, we have seen a rise in the number of positive cases in the last three weeks in the senior age group," he said.

"Transmission between generations has already begun to occur, which means we're also seeing a rise in the number of admissions to hospitals and intensive care."

Overall, despite recent increases, the health ministry says the situation is under control in the country's hospitals, with only 8 percent of intensive care beds taken up by Covid-19 patients compared to 136 percent on 8 April at the peak of the epidemic.