'No exceptions': adults working at French schools must wear masks 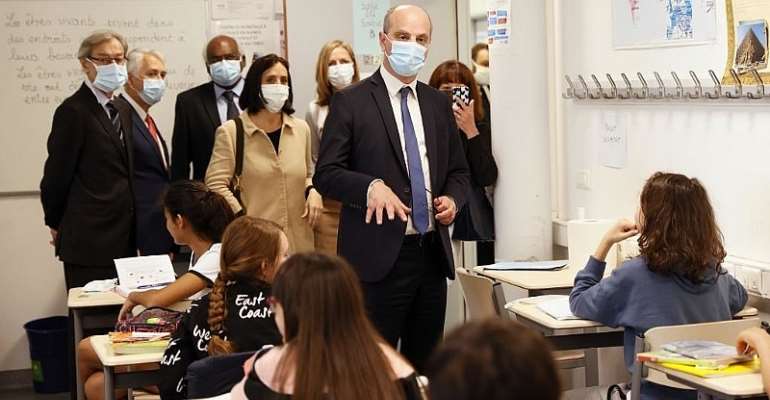 All adults working at schools must wear face masks to reduce the spread of the coronavirus, French Education Minister Jean-Michel Blanquer said in a press conference on Wednesday, effectively backtracking on exceptions for primary school teachers previously announced by the government.

"In July, we envisaged some exceptions, but we don't want to have those exceptions. All adults will wear a mask as well as children from grade 6," Blanquer told journalists.

The measures against Covid-19, announced by the authorities in July before the infection rate picked up, “are clear and simple", said Blanquer.

Relaxed to enable the reopening of French schools from next Tuesday, this measure was altered last week to make facemasks obligatory for all children at secondary school. The protocole is now available online.

The minister said there may be further adjustments, "depending on the evolution of the situation", referring to "targeted" measures that may be imposed in certain areas according to decisions by the local authorities.

Blanquer said the French government stands ready if "hybrid measures" are needed, such as a combination of distance learning and classes at school, or if a return to lockdown is required. Faced with a recent increase in the number of infections, teachers' unions have called on the government to postpone the start of school known as la rentrée.

Jean-Michel Blanquer rejected the demand last week saying a delay would further increase inequalities between pupils which grew during lockdown.

"Nothing could be worse [...] than not putting your child into school," prime minister Jean Castex told public radio on Wednesday, insisting the government was "ready".