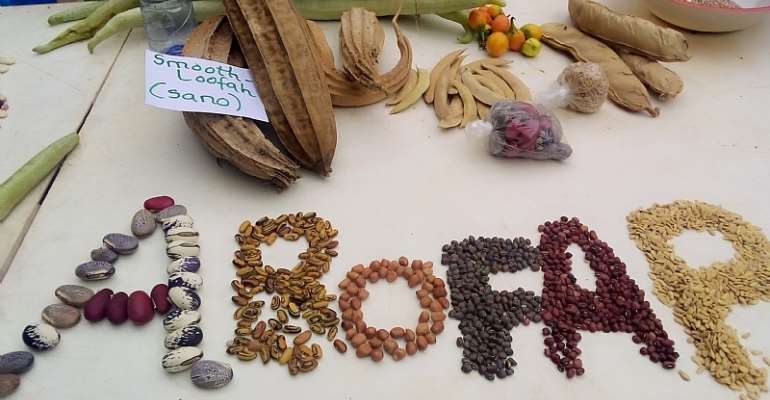 A Non-Governmental Organization in Forikrom, Techiman Municipality of the Bono East Region, Abrono Organic Farming Project (ABOFAP) has assured African future generations that it will preserve traditional farming materials for them to keep the traditional seedlings which withstand all weather conditions and climate change as compared to the genetically modified planting materials

According to him some seedlings from the ancient African history are gradually getting out of the African continent which he emphasized that their organization will not watch to seeing it happens adding that such crops from the traditional seedlings are used for both food, medicinal, and economical purposes

Nana Kwaw Adams indicated that imported foreign seedlings do not support a healthy living hence they will protect water bodies, farmlands, forest reserves to have control over seedlings meant for the African Continent.

Meanwhile, the unit head for the department of social welfare and community development in the Techiman municipality Mrs. Nana Yaa Pomaa Asante stressed that exotic foods which the youth embrace today like fried rice with chicken and other foreign foods are only meant for our future doom

She, however, tasked farmers to get back to the traditional methods of farming to enhance production and prolong the lifespan of the African populace