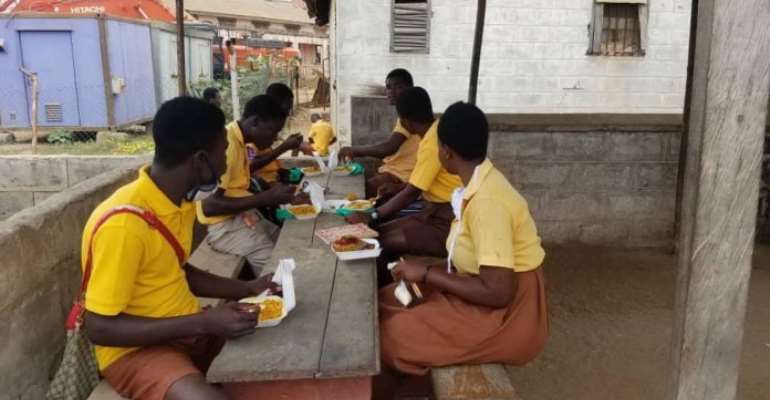 Minister for Gender, Children and Social Protection Cynthia Morrison has condemned the politicization of the “One Hot Meal” being given to final year Junior High School (JHS) students and teachers.

This follows a disturbing social media visual of a teacher asking final year students to say “4 More for Nana” before they are being served with food.

Other posts depict some food packs embossed with the pictures of President Akufo-Addo.

In an interview with Kwaku Dawuro on Anopa Nkomo on Accra base Kingdom FM, the Minister who expressed disappointment said, politicizing such national policies is inimical to the object of intervention.

She therefore urged persons involved in the act to desist from such activities.

Responding to the same issue, the National Coordinator of School Feeding Programme Gertrude Quashie stressed that the pictures circulating complaining about the poor quality of food is mere propaganda and falsehood to tarnish the image of the government.

Further, she gave an assurance that the government will provide various Junior High School Students and Teachers with nutritious meals.