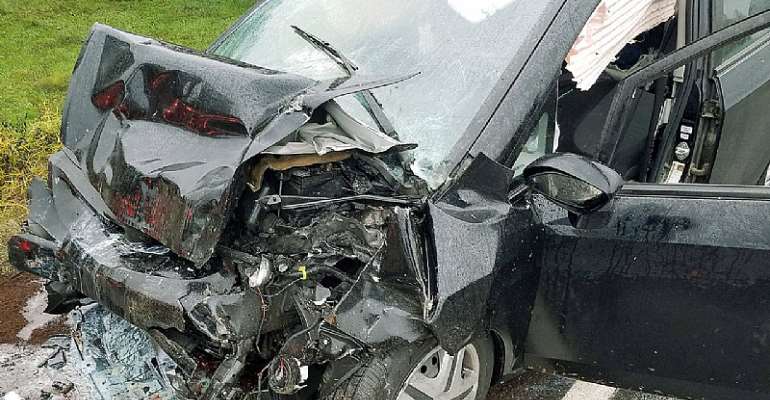 A new study reports that the risk of being involved in car crashes increases for those diagnosed with attention-deficit/hyperactivity disorder (ADHD). The study in the Journal of the American Academy of Child and Adolescent Psychiatry (JAACAP), published by Elsevier, looked specifically at the rate of car crashes by adulthood, which was 1.45 times higher in those with a childhood history of ADHD compared to adults with no ADHD.

The authors also found that children whose ADHD symptoms have decreased by adulthood have no increased risk for car crashes.

Lead author Arunima Roy, MBBS, Ph.D., and research fellow at the Royal's Institute of Mental Health Research, University of Ottawa said: "ADHD is a common neurodevelopmental disorder. Between 5 percent and 75 percent of children with ADHD can continue to have the disorder into adulthood. Extant research shows that ADHD is associated with more traffic violations, speeding violations, license suspensions, and risky driving behaviors.

"The likelihood of risky driving behavior increases with the persistence of childhood ADHD symptoms into adulthood. Prior research from our group as well as by others also shows that, aside from driving behaviors, a persistence of ADHD into adulthood can impair functioning in other domains. These domains can include occupational performance, educational attainment, emotional functioning, substance use, and justice involvement."

The findings, based on the Multimodal Treatment Study of ADHD, a multisite study with six centers in the United States and one in Canada. The MTA is one of the largest studies on treatment strategies for ADHD and include a follow-up arm spanning 16 years.

A cohort of 441 children with ADHD and 231 age- and sex-matched comparison children without ADHD from the same classrooms were studied between the ages of 7 and 25 years.

The researchers tracked data on ADHD symptoms, driving outcomes as well as a number of comorbid conditions, such as oppositional defiant disorder, conduct disorder, antisocial personality disorder, and substance use during childhood and into adulthood.

The researchers found that rates of licensure and ages at licensure were comparable between adults with and without a history of ADHD. However, the two groups differed in rates of car crash involvement by adulthood. Importantly, adults with continuing ADHD symptoms had the highest rate of car crash involvement compared to adults with no history of ADHD (1.81 times higher). Finally, rates of car crashes did not differ between adults whose ADHD symptoms remitted and adults who never had any ADHD.

"Clinicians must keep in mind the long-term effects of childhood ADHD on quality of life while attending to patients and take a holistic approach to treatment and management," Dr. Roy concluded.

Materials provided by Elsevier. Note: Content may be edited for style and length.

Latest Photo Reports
Catch up with all the political quotes from our politicians.
Advertise here
More Opinion
ModernGhana Links
Congratulations to our Bono Chiefs for these new appointments
Prioritizing Development To Achieve Greater Security
INTELAFRIQUE: The MMDCEs list, matters arising and the way forward for local government
Is President Mahama not undermining democracy?
The Increasing Level of Indiscipline in Ghana, a Threat to Peace and Development
Could Panyin be that woman?
The Need for Footbridge at Block Factory Junction in the Ga West Municipality
Promises Made: Promises Fulfilled: A Spotlight On The Member Of Parliament For The Damongo Constituency
The Hilla Limann Foundation Celebrates The 42nd Anniversary Of The 3rd Republic; A Dive Into History
TOP STORIES

Any reasonable government will prioritize the abandoned proj...
34 minutes ago