NCA Ask MFWA To Pay GHS2,000 For The List Of Radio Stations Shut Down 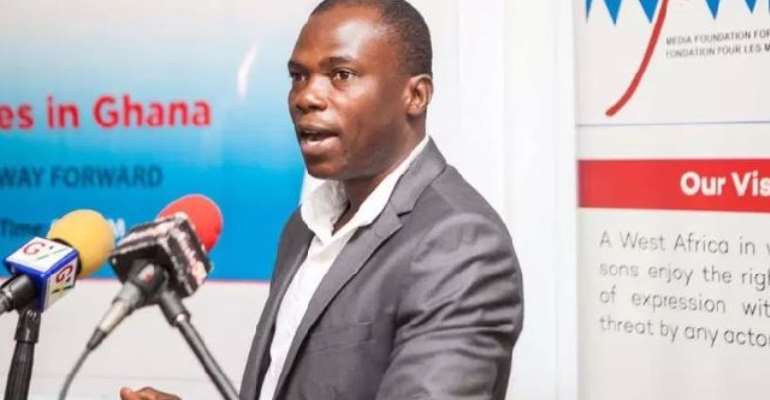 The National Communications Authority (NCA) has asked the Media Foundation for West Africa (MFWA) to pay a sum of GHS2000 in order to have access to information the Foundation requested.

In a letter written back to the MFWA dated, 20 August 2020, the NCA explained that the payment satisfies a requirement per Section 82 (1) (b) of the Electronic Communication Act 2008, Act 775 to facilitate the generation of the search report.

Responding to the NCA's letter, the Executive Director of MFWA, Mr Sulemana Braimah, took to Facebook on Wednesday, 26 August 2020 to say: "NCA paaa! You shut down radio stations. We write to ask you under RTI for the full list of the stations you shut down and you say we should pay GHS2,000 for you to do a search to get us the list? A search for what? The list? OK, we hear."

The letter, signed by Mr Braimah and dated Wednesday, 22 July 2020, requested “the full list of all authorised FM stations as of the second quarter of 2020, indicating the dates of first authorisation, dates of last authorisation renewals, locations, and operational status (on-air or off-air).”

The MFWA also requested “the full list of all authorised television stations as of the second quarter of 2020, indicating dates of first authorisation, dates of last authorisation renewals, locations and operational status.”

The letter also requested “the full list (name of the company, name of the radio station, location and frequency number) of all FM radio stations that were shut down following the 2017 FM spectrum audit and in line with the 2018 decision of the Electronic Communication Tribunal.”