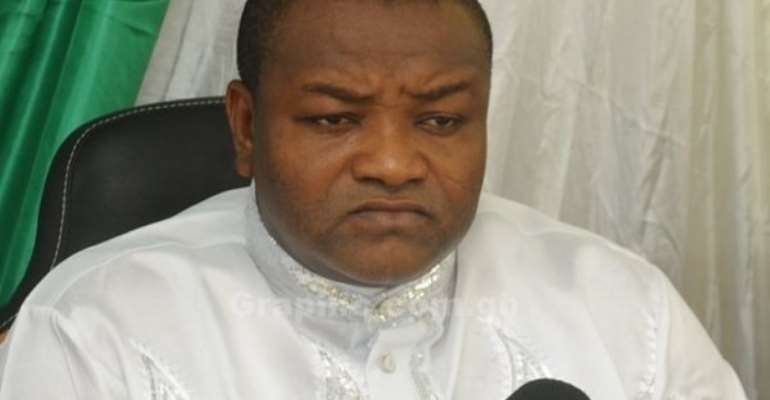 Mr Hassan Ayariga, the flagbearer of the All People's Congress (APC) has said he is going into the 2020 General Election as a more “mature professional politician”, poised to defeat any party.

“The Hassan Ayariga in 2020 is different from the Ayariga in 2016,” he declared in an interview with the Ghana News Agency.

“Ayariga in 2020 is a more mature politician ready to win power in December”.

Mr Ayariga said his previous experiences - in 2012 as the flagbearer of the People's National Convention; and 2016 as the first flagbearer of APC had nurtured him into maturity.

“This campaign is going to be purely an issue-based one because I am now a more mature and a professional politician,” he stated.

The APC, he said, was “ready to transform Ghana and restore hope” to the citizenry and asked the electorate to stop “recycling NPP and NDC” and vote APC into power.

“We need a drastic change to move forward. APC is that change, and the time is now.

“Ayariga is ready for any presidential debate ahead of the December polls,” he said and explained that his intermittent cough during the 2012 Presidential Candidates debate, which generated controversy, was health-related but misconstrued to be deliberate.

“The APC will end the 'winner takes all' political system and stop corruption if voted into power in the December 2020 polls.”

“My government will promote national cohesion. If I appoint people from APC or one party they will steal so I will appoint people from the New Patriotic Party (NPP) and National Democratic Congress (NDC) to check one another. It will be all inclusive. The qualification is being a Ghanaian and not an APC card bearer”.

Mr Ayariga said his appointed Ministers of State would be asked to sacrifice some entitlements such as free accommodation in a bid to save the public purse.

He said an APC Government would also resource state institutions well to fight corruption and make appointees accountable to the people.

The APC Flagbearer said he would implement a policy of free education from basic to tertiary levels, create more jobs and provide unemployed benefits to Ghanaians when given the nod.

Mr Ayariga said the Party would launch its manifesto in September with 20 key points to transform the economy and give hope to the citizenry.

“All I need is four years. One term presidency is enough to build strong institutions to transform Ghana.”

Takoradi 'azaaa' woman still in custody as she fails to meet...
22 minutes ago