No Relatives Will Be In My Gov't – Kofi Akpaloo 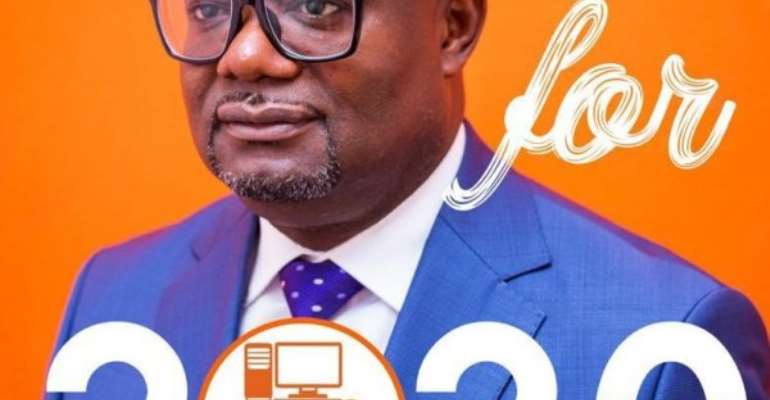 Mr Percival Kofi Akpaloo, the Flagbearer of the Liberal Party of Ghana (LPG) says he will not appoint any relative into his government if voted into power in the December 2020 General Election.

The decision is part of a broader measure of the Party to “significantly reduce corruption from the top to the grassroots.”

Mr Akpaloo, who said this in an interview with the Ghana News Agency said: “The LPG intends to build proper control mechanisms to punish everyone involved in corruption.

“The question is, are people ready to make people close to them or in their government pay for corruption they are involved in? But I am ready to make sure right things are done all the time. That is why I have promised that we are not going to put my relatives and family members in my government.”

To ensure the welfare of the needy, he said the LPG intended to put money directly into the pockets of children and younger adults under its “Child Benefits Intervention” programme.

The LPG, he said, was also working at setting up a 10-billion dollar job fund to offer students from universities and polytechnics loans to startup businesses.

The graduates will also receive “start-up allowance” in the first year of operation to deter them from spending from their capital, Mr Akpaloo noted.

The Flagbearer said his government would also lead the nation to build her own “Cocoa Processing Facility” to produce chocolate for export to stop the exportation of cocoa for finished products.

This, he said could create about 250,000 direct jobs to add value to the cocoa base.

The boosting of poultry production could lead to the production of 550 million birds per annum to feed the West African sub-region, he observed.

Mr Akpaloo said the LPG would also introduce the “Affordable Housing Plan” especially for the needy.

The nation under the LPG-led administration would also build a complete city within the “Bono-Ahafo” enclave to serve as the “Administrative Capital” of the country, while Accra remained the “Commercial Capital”.

The Flagbearer said Ghana needed fast trains to improve commercial activities, adding that people should be able to move from Accra and get to Tamale within an hour and from Aflao to Elubo within the same time frame to open up the country for rapid growth.

In the area of sanitation, Sanitary Inspectors would be employed and deployed to work across the country to cause the arrest of people who litter the environment indiscriminately.

“CCTV cameras would also be fixed across the country, especially in the populated areas to record and help trace people who flout the rule. This will even make it difficult for the sanitary inspectors to collect bribes. People will also be held accountable if they allow for people to litter around their houses and work places,” he said.

Mr Akpaloo said: “The LPG believes monies can be generated from borrowing from the Bank of Ghana and paying back with interest to prosecute the agenda.

“As a country, we have borrowed but wasted the money by using it for unnecessary stuff. We are going to borrow the money to invest in our people and good projects to grow this economy and pay back.”