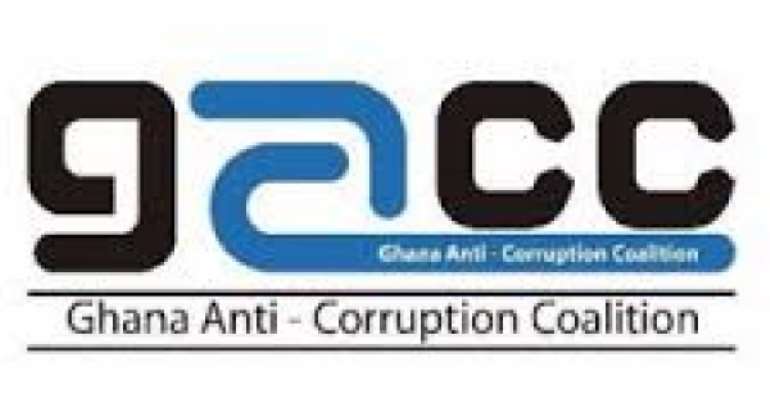 The Ghana Anti-Corruption Coalition (GACC) and the Ghana Integrity Initiative (GII), Wednesday, launched the Citizen's Manifesto (CACM); as part of efforts to make combating corruption a key election issue in the 2020 general election.

The CACM, which is being funded by the STAR-Ghana Foundation is aimed at making combating corruption a key election issue in 2020 and thereby improve Ghana's anticorruption performance in subsequent years.

It is to create stakeholder awareness of citizens' view on anti-corruption reforms for inclusion in political parties' manifestos and to increase support and commitment in fighting corruption.

It also seeks to create the pathway for political parties to design and implement appropriate legal and policy/administrative reforms to tackle corruption on a more sustainable basis.

In compiling the CACM, the GII and GACC collated the views of a wide spectrum of sub-groups within the Ghanaian society: faith-based organisations, traditional rulers, anti-corruption experts, women groups, people with disabilities (PWDs) and other marginalized groups, citizens groups, students, civil society organisations (CSOs) and the public.

Mr Joseph Whittal, the Chairman for the Commission on Human Rights and Administrative Justice (CHRAJ), who formally launched the report, said by the launch of the report, CSOs were muting a very powerful platform that would set out the conversation for the next several months leading to the election.

Citing a Latin proverb “Vox Populi, Vox Dei”; Mr Whittal declared that “the voice of the people is actually the voice of God”.

“If I give you my vote and you are to govern me, I should have given you what I want you to do for me.”

Mrs Beauty Emefa Narteh, the Executive Secretary, GACC, said the Coalition together with other CSOs were implementing a STAR-Ghana Foundation funded project, dubbed “Making All Voices Count in the 2020 Anti-Corruption Agenda of Political Parties' Manifestoes”.

She said the overall goal of the project was to crease citizens' voices in the anti-corruption agenda of political parties' manifestoes for 2020 and beyond.

Mrs Narteh said, it was their hope that political parties would embrace the issues identified by the citizens and were guided by the broad recommendations to fashion out their own specific approach to addressing corruption in Ghana

Mrs Mary Awelana Addah, the Programmes Manager, GII, said at this time in Ghana's history they believed that it was not just enough to speak to the issue of corruption during elections; and so going forwarding they were planning that they would sustain the discourse by mobilizing the mass of CSOs and the media as well to begin to interrogate the sources of funding of political parties.

Dr Esther Ofei-Aboagye, Chairman, STAR-Ghana Foundation, said the Foundation was happy to be associated with the CACM document; adding that its value was immeasurable.

She said CACM was in recognition of the fact that in spite of the promises and commitment of political parties, and the various legislations; the perception of corruption had not abated.

He said there was also the need to publish progress report on implementation of Anti-Corruption Commitments and to use social media and the traditional media to inform the public periodically on progress being made on anti-corruption pledges.

Mr Ahuno also mentioned that throughout the process of developing the CACM, citizens indicated that it would be very important if there was demonstrable commitment by political parties aspiring to form the next Government of Ghana to achieving these targets.