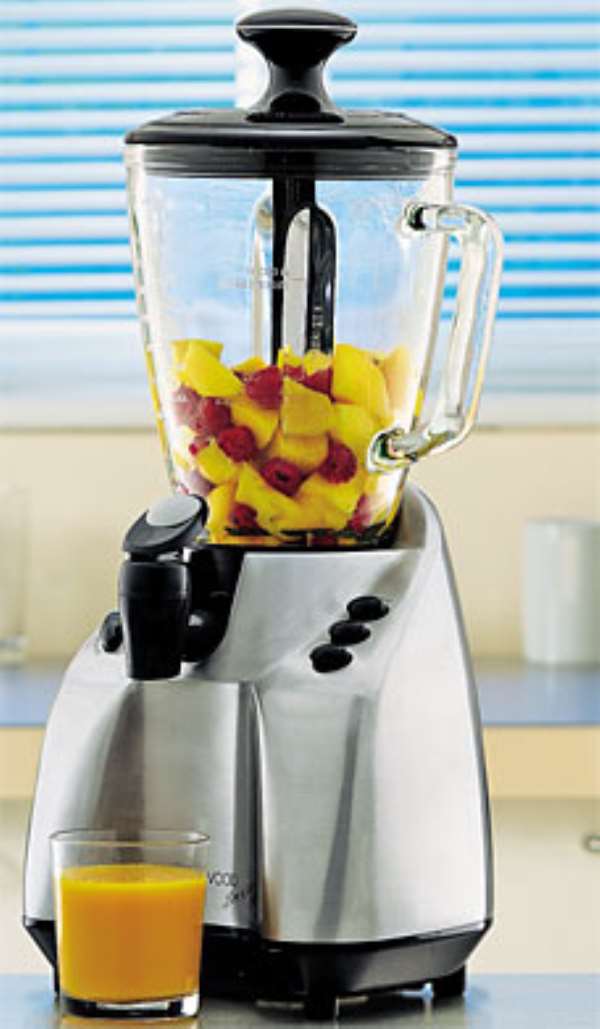 Drinking fruit and vegetable juices more than three times a week can dramatically cut the chances of developing Alzheimer's disease, a new study has found.

Researchers followed almost 2,000 volunteers for up to 10 years while monitoring their juice consumption and brain function.

The powerful results add to a whole raft of research showing that diet can play a key role in the prevention of the disease.

Previous studies have suggested that eating a 'Mediterranean' diet with lots of fruit, vegetables, whole grains, fish and a little red wine - can cut the risk of getting Alzheimer's by 40 per cent.

Other research has shown that eating curry can help stave off the disease and improve mental agility because of compounds found in the spice turmeric.

Drinking more than two cups of green tea a day has also been shown to halve the risk of mental decline in old age by up to a half.

The latest findings, carried out by researchers at the Vanderbilt University in Nashville in the US, were published yesterday in the American Journal of Medicine.

Lead researcher Dr Qi Dai, said: "We found that frequent drinking of fruit and vegetable juices was associated with a substantially decreased risk of Alzheimer's disease.

"These findings are new and suggest that fruit and vegetable juices may play an important role in delaying the onset of Alzheimer's disease."

Around 800,000 people in the UK have dementia. More than 500,000 are victims of Alzheimer's, the most common form, which produces symptoms such as loss of short-term memory, confusion and personality change.

The direct costs of treating dementia are estimated at between £7 billion and £14 billion a year - more than stroke, heart disease and cancer combined.

Famous victims of Alzheimer's include former U. S. president Ronald Reagan and the novelist Iris Murdoch.

Doctors agree that the accumulation of 'bad' proteins in the brain are responsible for the memory loss which marks Alzheimer's.

Various studies have suggested that polyphenols - a family of chemicals found in many foods with strong antioxidant properties - might disrupt these biological processes in the brain and provide some protection against the disease.

Antioxidants are known to neutralise the effect of damaging compounds in the body called free radicals which attack healthy cells.

The latest study did not specify which kinds of juices were found to reduce the risk of Alzheimer's. However it is known that red and orange fruit and vegetables and berries are a particularly rich source of antioxidants.

Dr Harriet Millward, deputy chief executive of the Alzheimer's Research Trust said yesterday: "Many scientists believe there is a link between the release of free radicals within the body and early changes to brain cells in people who ultimately go on to develop Alzheimer's disease.

"Since fruit and vegetable juices are rich in antioxidants which 'mop up' free radicals, this interesting piece of research adds weight to this theory. "Previous studies have been somewhat mixed and some even suggested that the benefits of fruit and vegetables were short lived, but this is a long term study following a relatively large group of people.

"Diet almost certainly plays a part in every person's Alzheimer's risk - and diet is a magnet for research because it could offer a relatively inexpensive way to fight a disease that ruins countless lives and costs the NHS more than cancer, stroke and heart disease put together."

The latest research comes at a time of widespread concern about proposed restrictions by the Government's NHS drug 'rationing' body, which would prevent Alzheimer's patients with mild symptoms from getting prescription drugs which can slow the disease.

Charities, doctors and drug companies, backed by a Daily Mail campaign, are appealing against guidelines planned by the National Institute for Health and Clinical Excellence that only patients with moderate symptoms could be prescribed Aricept, Exelon and Reminyl.

If the guidelines go through, primary care trusts will stop funding NHS treatment for such patients.

Dr Susanne Sorensen, head of research at the Alzheimer's Society said: "This study supports previous research that foods high in antioxidants, such as fruits and vegetables, can reduce the risk of developing Alzheimer's disease. Curry and red wine also have some antioxidant properties and may have benefits. "Importantly the study found that taking vitamin supplements didn't have the same effect - so juices made from whole fruits and fresh fruits and vegetables are best.

"This is an exciting study as it helps build the case that for taking action whilst still in good health may reduce the risk of developing the disease in later life.

"We hope GPs will be able to use this information and pass it on to people who are deemed to be at high risk.

"A Mediterranean diet of lots of fruits, vegetables, legumes, cereals, some fish and alcohol, and little dairy and meat is recommended, as it is healthy and high in antioxidants. It is also important to take exercise and keep mentally active."