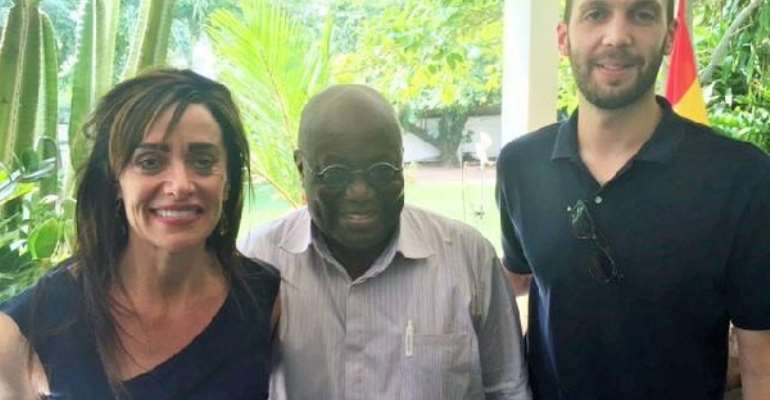 Among some of OSI’s allegations, as produced by local pressure group Alliance for Social Equity and Public Accountability (ASEPA), based on which it has filed an official complaint with the Commission for Human Rights and Administrative Justice (CHRAJ) against President Nana Akufo-Addo and his Finance Minister Ken Ofori-Atta for “misappropriation of public funds, abuse of office, and corruption”, as well as “conflict of interest”, respectively, in connection with an alleged $300,000 per annum PR contract, are:

1. That on 1 June 2016, American PR firm, KRL, was engaged by the I’M FOR NANA FOUNDATION headed by Ken Ofori-Atta, Ghana’s current Finance Minister, to provide lobbying services for the NPP.

2. That among other services, KRL was contracted to; (a) support free and fair elections in Ghana in favour of President Akufo-Addo, herein referred to as the 1st Respondent; (b) advise the 1st Respondent on communication strategies ahead of the elections; (c) provide lobbying services with the US government, donor communities and the media; (d) provide in-country support throughout the electoral process.

3. That after the elections, and the 1st Respondent assumed power, the arrangement with KRL was then regularised, providing same services at a cost of $300,000 per annum, excluding other miscellaneous costs to President Akufo-Addo and his party, the NPP.

4. That after the 2017 regularisation of the above arrangements, payments were made to KRL for the same services directly from the Office of the President using state funds.

However, KRL International LLC said in an exclusive statement copied to Class News that: “This was not the case”.

“KRL had separate contracts to work with the campaign and with the government, which were financed separately, as appropriate, and made available under US laws to the US Department of Justice”, it added.

Statement on KRL International LLC’s support for the presidential campaign of Nana Akufo-Addo (2016) and the Government of Ghana (2017-present) Washington, D.C., August 26, 2020

A recent article published anonymously on the website Open Source Investigations (OSI) has deliberately misinterpreted public documents which KRL filed with the U.S. Department of Justice in 2016 and 2017 to imply that public funds were improperly used by the Government of Ghana to support political activities.

This was not the case.

KRL had separate contracts to work with the campaign and with the government, which were financed separately, as appropriate, and made available under US laws to the US Department of Justice.

Indeed, KRL’s relationship with Nana Akufo-Addo dates back to his 2008 campaign.

It has been transparent and proper.

It is also not uncommon for a Washington-based consultant for a presidential candidate to be engaged separately for the government in the event of a successful campaign.

Ghana is not at unfamiliar with this.

OSI, which presents itself as an international investigative body, is but a partisan blog established in 2015 to publish largely defamatory content about then-candidate Nana Akufo-Addo.

It was reactivated in 2020 for the same mission.

During this recent time frame, KRL has been the subject of three attacks.

KRL will be filing a formal Legal Complaint against the site once we can determine its ownership, management, and editorial team.

None of this information is publicly disclosed.

Journalists who cite their content should conduct their due diligence or they put their own reputations at risk.

Prior to President Akufo-Addo’s inauguration on January 7, 2017, KRL had a contract with the ‘I Am for Nana Foundation’ in support of his campaign, followed by an agreement with the Office of the President-Elect to offer support during the transition period.

Several months after President Akufo-Addo took office and established a cabinet, KRL signed its first agreement with the Government of Ghana to provide support to the Ministry of Finance.

Pursuant to the Foreign Agents Registration Act (FARA), KRL has always submitted timely and transparent reporting to the U.S. Justice Department on all work with foreign governments and political parties.

The document which OSI cites as a “contract extension” dated 28 February 2017 is, in fact, a reporting document submitted to the Department of Justice on that date.

This report refers to a “contract extension in this reporting period [August 1, 2016 – January 31, 2017] between KRL International LLC and the Office of the President-elect for Ghana.”

This extension covered support provided by KRL between the end of the campaign and the president’s inauguration.

Other documents filed at this time also refer to the Office of the President-Elect because KRL performed work for this client during the reporting period (August 1, 2016 – January 31, 2017).

KRL is proud of its work in support of President Akufo-Addo’s 2016 campaign and its ongoing support to the Ministry of Finance.

The firm has continued to engage international stakeholders and media houses on behalf of the Ministry for the past three years, supporting the promotion of initiatives such as One District One Factory (1D1F), Planting for Food and Jobs, Ghana Beyond Aid, and resource mobilisation for COVID-19.