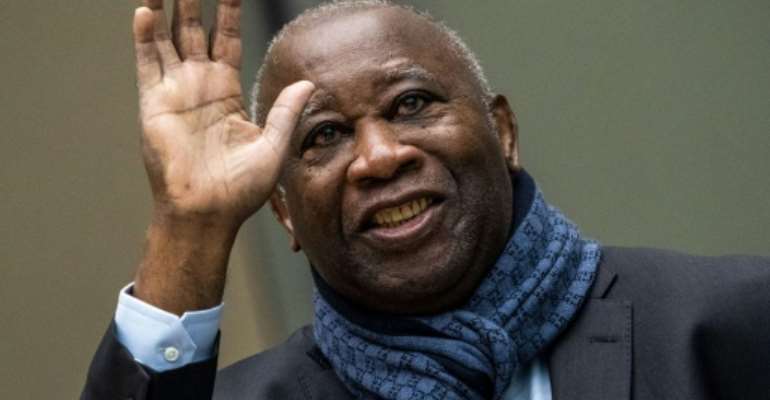 West African strongman Laurent Gbagbo has not made any public statement about whether he wishes to run again. By Jerry LAMPEN (ANP/AFP/File)

Supporters of former Ivory Coast president Laurent Gbagbo, who lives in Europe after being tried by the International Criminal Court (ICC), said Wednesday they would file his candidacy in his name for October's election.

The presidential election in the world's top cocoa grower is set to be tense after years of political turbulence and civil war.

At least eight people have been killed and about 100 injured in clashes that have erupted since President Alassane Ouattara announced on August 6 his decision to run for a controversial third term.

A pro-Gbagbo coalition called Together for Democracy and Sovereignty (EDS) said in a statement "it will submit president Laurent Gbagbo's candidacy, in line with scheduled procedures".

The country remains scarred by a conflict that erupted after presidential elections in 2010 when he refused to hand over power to Ouattara. Around 3,000 people lost their lives in several months of violence.

Gbagbo, 75, was freed conditionally by the ICC after he was cleared in 2019 of crimes against humanity.

He is living in Brussels pending the outcome of an appeal against that decision. In the meantime, he can travel, provided that the country of destination accepts him.

Candidates for the October 31 elections have until midnight next Monday to file their bid, and do not have to be present physically to do so, the head of the Independent Electoral Commission (CEI), Ibrahime Coulibaly-Kuibiert, told AFP.

Ouattara, 78, has already filed his candidacy.

He initially said he would not stand again, but changed his mind following the sudden death of prime minister Amadou Gon Coulibaly, his anointed successor.

The constitution limits presidents to two terms, but Ouattara and his supporters argue that a 2016 constitutional tweak reset the clock, allowing him to seek a third.

Opposition and civil society groups say his move to stand again in the vote amounts to a "coup", and his re-election announcement earlier this month sparked deadly protests.

Meanwhile former president Henri Konan Bedie, 86, who also contested the 2010 elections, is expected to submit his candidacy on Thursday.

President Ouattara and his supporters argue that a 2016 constitutional tweak allows him to seek a third term. By Issouf SANOGO (AFP/File)

The EDS, which is filing Gbagbo's candidacy, includes a hardline faction within his Ivorian Popular Front (FPI), which has been deeply split by the upcoming election.

Election officials had previously rejected appeals by Gbagbo and former rebel leader Guillaume Soro to be allowed to compete in the election.

Coulibaly-Kuibiert said in August when the revised electoral list was revealed that anyone convicted of a crime would be struck from the list of candidates.

Soro has been forced into self-imposed exile in France in the face of a long list of legal problems at home.

Soro was once an ally of Ouattara, helping him to power during the post-election crisis in 2010, but the two eventually fell out.

LGBTQ+ Bill: You're shameful backward thinker obsessed with ...
19 minutes ago