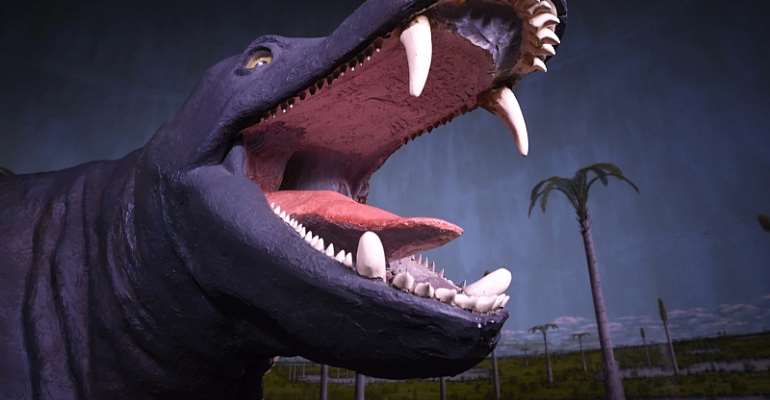 This Jonkeria, an extinct animal from the Karoo that’s much older than the dinosaurs, was among the features of the old exhibition. - Source: Author supplied

Museum exhibitions are all about the “Wow!”, “What?” and “Why?” as they showcase beauty and wonder, spark curiosity, and share some of the important lessons museum scientists have learnt through detailed study of these objects.

But what happens when exhibitions no longer reflect our current understanding of how life on Earth evolved? Science advances all the time and new discoveries are constantly being made. At what point should older exhibitions be dismantled – and what should they be replaced with, given how rapidly knowledge is moving?

These are questions we've recently had to mull at the Iziko South African Museum in Cape Town. As curators and members of the museum's Research and Exhibitions team, we had to decide on the future of an iconic exhibition that first opened in 1959. It was the first diorama-style exhibition in South Africa that showcased the fossil discoveries made in the country's Karoo region. Dioramas are three-dimensional scenes with models and a painted backdrop.

The Boonstra Dioramas were named for Dr Lieuwe Dirk Boonstra , a curator and researcher at the South African Museum who dedicated his life to understanding the mysteries of ancient pre-mammalian relatives that looked a lot like modern-day reptiles and dinosaurs, but are actually much older. The dioramas he and his colleagues created represented the best available scientific knowledge about how extinct plants and animals interacted with each other and the Karoo ecosystem around 270 million years ago.

Building on the efforts of science education pioneers like Boonstra, modern scientists now have an even better understanding of Karoo fossils. That has rendered many of the models in the Boonstra Dioramas scientifically inaccurate. But should it remain as a testament to its place in history, to teach us about the process of knowledge generation and the evolution of scientific discovery, or be dismantled to maintain a scientifically accurate and relevant museum?

Museums around the world have been grappling with the issue of diorama removal. Some museums have opted to remove these old dioramas; the Smithsonian National Museum of Natural History in the US has, since 2003, substituted old animal displays with more scientific and modern exhibitions (often digital) emphasising what is currently known of their evolution.

We decided to remove the dioramas. But they're not lost forever. Thanks to technological advances, we've been able to preserve the exhibition digitally. We can do the same with other soon-to-be-retired museum exhibitions – and make space for more up to date exhibitions that reflect the best available science.

Before we could turn the dioramas over to technological wizards, we had to decide which objects from the Boonstra Dioramas should be archived for perpetuity and what to do with objects that didn't make the cut.

A careful de-installation plan was negotiated between museum professionals and building contractors, who oversaw the physical de-installation process. Most of the models were built in place and were too big to fit through the museum doors. As with most dioramas that are only ever viewed from the front, the wall-facing sides of the models didn't need to be complete.

Many of the wall-facing sides in the Boonstra Diorama models showed a grotesque mesh of wire and plaster that would make it difficult to display them in future historical exhibitions without extensive conservation efforts. Most of these larger models had to be dismantled on site and removed in pieces. Models that were small enough to fit through the door were carefully removed intact.

We were able to salvage and carefully relocate a few scientifically accurate models.

Most of the real fossils (not models or casts) could be carried back into the collections by hand, with one exception. The Bradysaurus, a kind of Pareiasaur , was a remarkably complete showcase fossil that had been built into the display. To our surprise, we found this fossil was encased in concrete. Today, plaster of paris, which is much lighter and less brittle than concrete, is used to consolidate the rocks surrounding fossils in the field and to protect the encased fossil during transport to the museum. Sibusiso Mthungata, a technical assistant, prepares the Bradysaurus fossil for transport. Author supplied

Thanks to ten strong construction workers and a customised movable dolly, the Bradysaurus specimen was safely removed. It is now in the museum's behind-the-scenes collection, accessible to researchers for further study.

Read more: A fossil hidden in plain sight in South Africa turns out to be a new dinosaur

Some of the painted backdrops, separated into panels, have found new homes at regional museums. Others will be temporarily housed at Iziko South African Museum until suitable homes can be found.

With the exhibition space cleared, a large blank canvas remains. It will be used for a new permanent exhibition on human evolution, a collaboration between Iziko's Archaeology Unit and the Human Evolution Research Institute at the University of Cape Town.

Several digital technologies have recently emerged to help preserve brick and mortar exhibitions. These include LIDAR, which is 3D laser scanning; and photogrammetry to create high resolution, coloured 3D models that are accurate digital replicas.

Read more: How we recreated a lost African city with laser technology

The cost of digital preservation, and particularly LIDAR scanning, is often prohibitive for publicly funded museums. Iziko partnered with the Zamani Project , a non profit heritage documentation organisation based at the University of Cape Town. Through this collaborative effort the Boonstra Dioramas, including the exquisitely painted backdrops, are now digitally archived. The Zamani Team in action, making fossil replicas digital using a 3D laser scanner. Author supplied

A 360-degree panoramic tour is available online , allowing visitors an immersive experience of the dioramas. This is a valuable way for museums to connect with a wide range of visitors in a virtual environment during the global COVID-19 pandemic and hopefully beyond. There are also plans to create augmented and virtual reality applications from the digitised exhibition. Additionally, the digital models could be 3D printed to create scaled-down versions of the fossil models.

Claire Browning receives funding from the South African National Research Foundation (NRF) and through her employment at the Iziko South African Museum.

Wendy Black receives funding from the National Research Foundation and is a board member of the Human Evolution Research Institute.

Heinz Ruther and Stephen Wessels do not work for, consult, own shares in or receive funding from any company or organisation that would benefit from this article, and have disclosed no relevant affiliations beyond their academic appointment.

By Claire Browning, Curator of Karoo Palaeontology, Iziko Museums of South Africa And