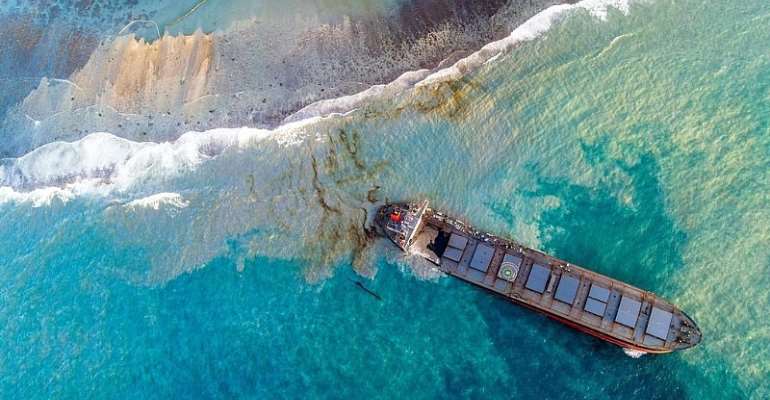 At least 17 dolphin carcasses have been found washed up on the beaches of Mauritius in what residents say is a "massacre” linked to a major oil spill caused by the Japanese-owned Wakashio ship.

While it has not been confirmed the mammals were poisoned by oil that leaked from the Wakashio bulk carrier, which ran aground on a coral reef on 25 July, reports say they smelled of fuel oil.

Images of dead and stranded dolphins from Grand Sable, in country's stricken south-east, have been circulating on social media.

"The dead dolphins had several wounds and blood around their jaws, no trace of oil however," fisheries ministry spokesperson Jasvin Sok Appadu told Reuters. "The ones that survived, around ten, seemed very fatigued and could barely swim."

There have also been sightings of porpoises and sperm whales in difficulty in the area, and at least nine melon-headed whales also washed up on Grand Sable beaches, some of which were alive when found but later died, AFP reported.

Autopsies are being carried out on the dolphins to determine the cause of death, with suggestions a decision to sink the ship's stem may have contributed to the environmental damage.

The oil spill started on 6 August when one of the Wakashio's fuel tanks cracked and started leaking – 12 days after it became shipwrecked.

The ship was carrying 3,894 tonnes of fuel oil, 207 tonnes of marine gas oil and 90 tons of heavy lubricating oil.

It was travelling from Singapore to Brazil when it came into trouble some 200km off course in the clearly marked waters of the Blue Bay Marine Park and the Pointe d'Esny wetland.