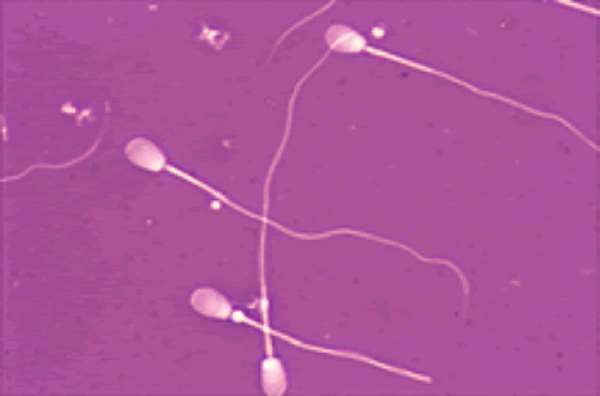 The growth of cervical and womb cancers may be fuelled by a hormone-like molecule in semen, a study suggests.

They told the journals Endocrinology and Human Reproduction that women with either cancer should ask their partners to wear condoms during sex.

But a cancer expert said the chances of unprotected sex affecting a patient's outcome was "slight".

Cervical cancer is usually triggered by the human papilloma virus.

There are about 2,800 cases each year in the UK. In 2004, the latest year for which there are figures, there were just over 1,000 deaths from the disease.

It is the second most common cancer in women under 35.

But scientists believe other factors are involved in causing the virus to develop into cancer.

Prostaglandin occurs naturally in the cells which line the female reproductive organs. Its role is to regulate cell growth and direct the womb lining to either thicken or shed during the monthly menstrual cycle.

But the concentration of prostaglandin in semen is 1,000 times higher.

Cervical and womb (uterine) tumour cells have prostaglandin receptor molecules on their surface.

They found that the influx of prostaglandin in semen boosted the normal level of signalling between cells.

This high volume starts new cascades of signals that eventually lead to an increase in tumour growth.

The researchers say the finding may help develop a treatment which could stop prostaglandin reaching the tumour cell receptors, and therefore slow the progress of a cancer.

Dr Henry Jabbour, who led the research, added there was action women could take now.

"Sexually active women who are at risk of cervical or uterine cancer should encourage their partners to wear a condom to prevent increased exposure to the prostaglandins that might make their condition worse.

''This also highlights the potential for a new therapeutic approach that will tackle both possible sources of prostaglandin - those produced naturally by women and those introduced to the body by sperm.''

And he said women with pre-cancerous cells may also be affected as it was possible those cells also had prostaglandin receptors, though more work was needed to look into that.

Professor John Toy, medical director at Cancer Research UK, said: "This is an interesting piece of laboratory research but it has little relevance to women already diagnosed with cervical cancer in the UK because they will already be receiving appropriate anti-cancer treatment.

The likelihood of any unprotected sex affecting the successful outcome of their treatment is considered slight.

"The most important thing that women can do at this time to prevent cervical cancer from developing is to go for regular cervical smear tests."