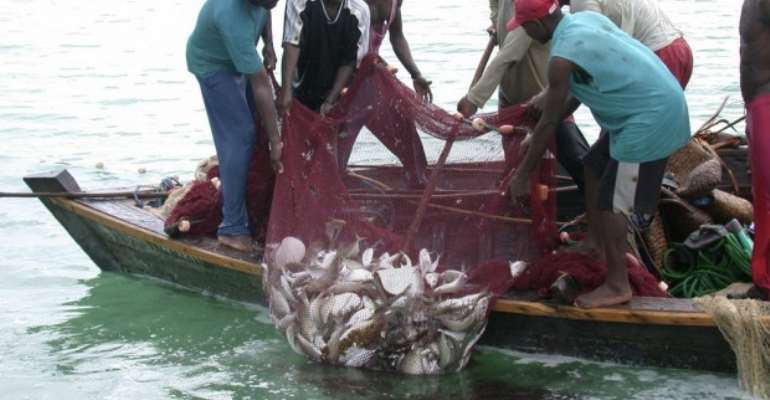 Some fishermen in the Central region have expressed anger over President Akufo-Addo’s claim that he has provided up to 300 outboard motors to them.

President Akufo-Addo during his speech at the sod-cutting ceremony for the expansion of the Elmina landing site in the region revealed that up to 300 outboard motors have been provided to fishermen within the region to improve their businesses.

But according to the fishermen, they have not received any motors.

He said: “the President came to the Edina township on August 20 and he said he had given us 300 outboard motors in the Central region. What we want to say is that for the outboard motors, the NPP executives in the area are the ones who received them, and sell them to the fisherfolk.”

“The long ship didn’t get an outboard motor, they bought it them from executives. All the various fishing communities did not get any of the outboard motors, they were forced to buy from NPP executives.”

He lamented: “in 2020, the intentions of the government to help fisherfolk by providing them with outboard motors hasn’t been materialized as immediately they leave, their party executives takeover the outboard motors and sell them.”

“That is why we are saying that the government does not have the interest of fisherfolk at heart.”

“As fishermen of the things that are of priority to us are our premix fuel, outboard motors and fishing nets. So, any government that comes through, we look forward to them helping us in this matter and so we want the government to help us,” he said.