Why Akufo-Addo Gov't Must Freeze The Agyapa Royalties Deal 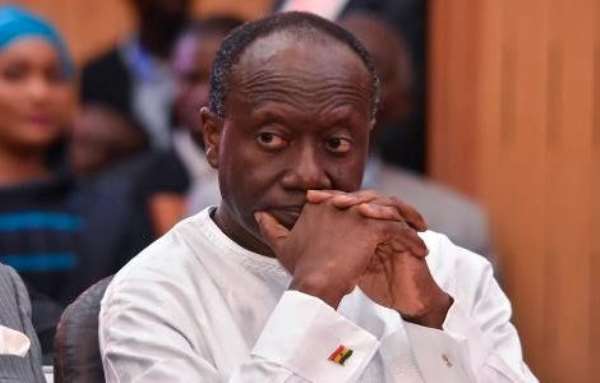 We have each been involved in the Ghana mining sector for almost four decades, including participating in critical reforms of its regulatory regime. We are gravely concerned about the transaction by which 75.6% of royalties payable to Government over the life of a number of mining operations are being assigned to a Jersey incorporated company and its Ghanaian affiliate. While the Jersey company will initially be owned a hundred per cent by a Government entity, the object, reportedly, is to sell just under half of its shares for US$500 million.

We appreciate that expressing our views on this transaction at this time is likely to feed into the mill of party political partisanship. However, we cannot for that reason disable ourselves from speaking, given the potential implications the transaction has for national revenue far into the future. From all the information available to us, it is hard to overcome the apprehension that were the transaction to go ahead on its current terms, the royalty rights (including from stable, established producing mines) would be given up at a gross undervalue.

If we were to assume that gold prices will drop from the current US$1900+ an ounce to, let us say, US$1500 for the period 2020 to 2023, on current production projections the royalty revenues from just the eleven existing producing mines for those four years that would be transferred to the Agyapa companies under this transaction would, in 2020 money, be more than US$1 billion. This does not include future royalties from mines coming onstream imminently such as those at Obuasi and the highly promising Namdini mine, near Bolgatanga. Nor does it include post-2023 projected production of the eleven mines.

The right to royalties is being assigned to Agyapa in respect of at least fifteen mines or prospective mines, including all the existing, established mines, effectively for an indefinite future. The agreements say that Agyapa's rights continue not only for the duration of any leases granted to the mining companies, but also for as long as their leases are renewed. The maximum duration of a mining lease is thirty years. The grant of a right to those royalties for that duration is in itself a substantial right. A right to royalties not only for the original term but also for every extended period upon renewal of a mining lease is even more substantial. In these circumstances, it is hard to see the basis on which these rights have been valued at US1 billion as the agreements clearly state.

The royalty rate payable by each mining company is known. What gold price projections did the Government's advisers use to determine their valuation? What projections of the quantities mines included in the list would produce and over what period were used in arriving at the US$1 billion valuation?

We cannot see that there is any reason to rush to implement the transaction by the end of this year as is targeted in the relevant documents.

What the Government reportedly expects to get from the sale of shares in the Jersey company is US$500 million. At an average gold price of US$1800 an ounce, the Government would get more than US$400 million in 2021 if it kept its right to receive all the royalties from the eleven producing mines. There is no reason why in order to get US$500 million now, we should rush into this transaction at the risk of losing substantial future income.

If the purpose of the transaction is to stabilise Government income, how does converting a direct right to receive royalty from mining companies into a right to receive dividends, if and when declared, from a company to whom the miners pay the royalty achieve that?

In our view, it would be in everybody's interest for the Minister of Finance to freeze the implementation of this transaction. This would have the effect of taking the discussion outside the election cycle and give more opportunity for it to be considered openly and dispassionately.

We attach a chart, a set of tables and notes to offer further explanation and elaboration.

The chart and tables can be viewed here .

Kofi Ansah was founding Chief Executive of the Minerals Commission. He was in office from 1984 to 1999. He played a central role in the reforms of the fiscal and regulatory regimes which led to the rehabilitation of the mining sector and was involved in negotiations on major mineral projects. He has also been a non-executive director of some major mining companies.

Fui Tsikata lectured at the Law Faculty of the University of Ghana for twenty-nine years. He has been in law practice for forty-five years. He has significant experience working on mineral and energy law and policy issues in Africa and played an advisory role in Ghana's mining sector reforms.