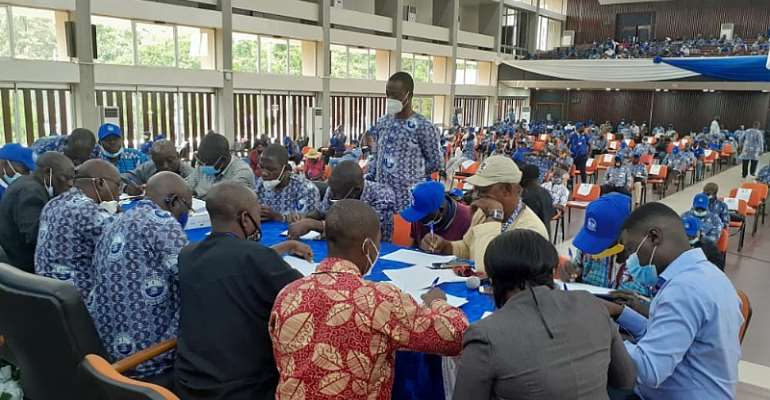 The Ghana Private Road Transport Union (GPRTU) has asked old Executives of the union to step aside as an interim committee has been formed to elect new executives.

This follows a protest by some members of the union who had said the chairman was overstaying his tenure as their leader.

The GPRTU National Executive Committee subsequently dissolved the national leadership of the transport union, citing gross violations of the provisions of the union’s constitution.

The election, which is set to take place later on Wednesday, became heated because of calls for a postponement following the death of one of the leading candidates for the Chairmanship position, Mr. Ben Kusi, who passed away last Sunday.

But the acting National Public Relations officer of the union, Abass Moro, insists that the election will take place today, August 26, 2020, as members have already picked nomination forms.

“Today we are here to cast our votes and select our leaders. That has started smoothly,” he told Citi News.

He also lauded the actions of the former leaders of the union, saying “they are exhibiting rare democracy over here.”

The Angry members of the union who had been calling for the chairman to step down accused him of being in bed with the current government hence his reason for not stepping aside for elections to take place.

Some members of GPRTU branches across the country said if the chairman failed to step aside by the September 24 deadline, they would form an Interim Management Committee to take over the affairs of the union.

They also threatened not to allow their members nationwide to operate from September 24 if the government failed to intervene in the matter.

The union’s NEC also accused Mr Kumah of lodging money belonging to the union in his personal account in disregard of Article 14 (a) of the GPRTU constitution.

'Get rich quick' attitude among the youth eroding moral fabr...
4 minutes ago