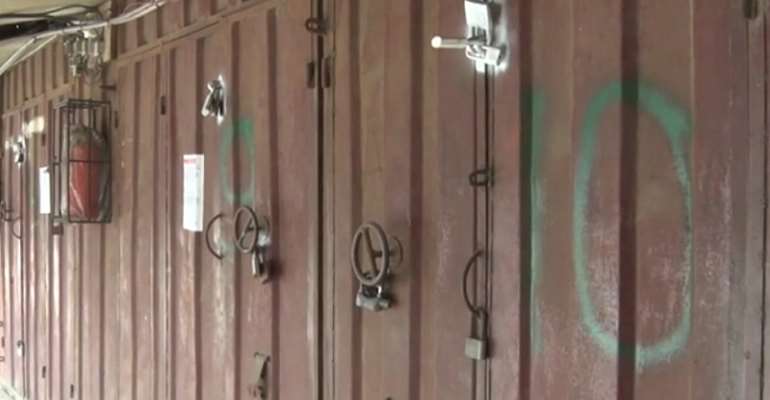 The Presidential Committee on Retail Trade under the Ministry of Trade and Industry has closed down some 40 retail shops owned by foreigners in Kumasi, Ashanti Region.

Tuesday’s exercise followed similar ones in the national capital, Accra.

The Secretary to the Committee, Mr Maxwell Apenkro, said: “We came to see if after two years they have been able to comply with the rules. The previous one, none of them met the requirement fully.”

“Within the two-year period, we expected that by now they should have regularised their business operations”, he added.

About two weeks ago, the Nigerian government summoned Ghana’s Chargé d'Affaires to Africa’s most populous country, over the recent forceful closure of Nigeria-owned shops in Ghana’s central business district.

Nigeria’s Foreign Affairs Minister, Mr Geoffrey Onyeama, tweeted that his government summoned Ms Iva Denoo to a meeting to “protest the recent forceful closure of the shops of Nigerian traders in Ghana and to demand an urgent resolution”.

He said the Nigerian government has “watched with dismay, the painful videos of the forceful closure of the shops of Nigerian traders in Ghana”, adding: “Urgent steps will be taken”.

Meanwhile, the Ghanaian authorities have said the recent crackdown, which is one of several over the years, on non-Ghanaians doing illegal retailing, is not targeted at Nigerians specifically

According to the Public Relations Officer of the Ministry of Trade and Industry, Mr Prince Boateng, “It’s not a fight against Nigerians”

He told Nana Yaw Adwenpa, who sat in for Kwabena Prah Jr on Accra100.5FM’s morning show, Ghana Yensom, on Monday, 17 August 2020 that: “We are ensuring that all foreigners in retail do the right thing”.

“It is just that the majority of the non-Ghanaians doing illegal retailing are Nigerians, that is why it appears to our fellow Nigerians that Ghana is against them but that is not the case”, Mr Boateng reiterated.

“But we will not stop the enforcement of our laws just because Nigerians are the majority of those affected by the crackdown”, he added.

Some Nigerian shop owners in Ghana’s national capital accused the Ghanaian authorities of not treating them fairly as far as the closure of their retail shops is concerned.

The Presidential Committee began the shop closure exercise on Thursday, 13 August 2020 from the Kwame Nkrumah Circle.

The Committee’s actions followed notices served ahead of time to the foreigners to that effect.

Also, foreign-owned shops at Tip Toe Lane, Opera Square, Zongo Lane, Kantamanto, UTC and Kumasi would be closed to fish out those involved in retail trade in the country without the necessary documents.

One of the affected Nigerians told Class News: “You’ve locked the shops completely for eight months, you opened the shops after eight months and assessed every shop here. You gave each one $1,500 and $2,000 to pay to the Ghana Revenue Authority. They have started making the payments. Some of us have regularised our documents. You’re coming to lock the shops. Where do you expect us to recover the money you asked us to pay?”

“Are Ghanaians being treated this way in Nigeria?” he wondered.

“Millions of Ghanaians are there doing petty business even without passports”, he fumed.

In recent times, there have been several encounters between Ghanaian traders and their foreign counterparts, especially Nigerians, over the involvement of the latter in retail business in Ghanaian markets.

The Ghana Union of Traders Association (GUTA) have frequently confronted the Nigerian trading community in Ghana against retail trading in the Ghanaian markets.

This has led to closure of shops, protests and destruction of property.

The Nigerian trading community has time without number argued that the Economic Community of West African States (ECOWAS) protocols allow free movement of goods and people across West Africa.

However, the ECOWAS protocols give foreigners space to transact business for only 90 days.

Section 28(2) of the Ghana Investment Promotion Centre Act, 865, expressly outlines the conditions under which a person who is not a citizen can engage in trading activities.

It provides that a person who is not a citizen may engage in a trading enterprise if that person invests in the enterprise, not less than US$1 million in cash or goods and services relevant to the investments.

The Act further provides that “trading” includes the purchasing and selling of imported goods and services.

A further condition imposed on foreign enterprises that intend to engage in trading by Section 28(4) is that such an enterprise must employ, at least, 20 skilled Ghanaians.

However, Section 28(5) of the Act stipulates that the minimum foreign capital requirements to invest in Ghana, including for engaging in trading, do not apply to the foreign spouse of a citizen of Ghana to the extent that the foreign spouse is or has been married to a citizen of Ghana for a minimum period of five years continuously or holds an indefinite resident permit prior to registration of an enterprise, amongst others.