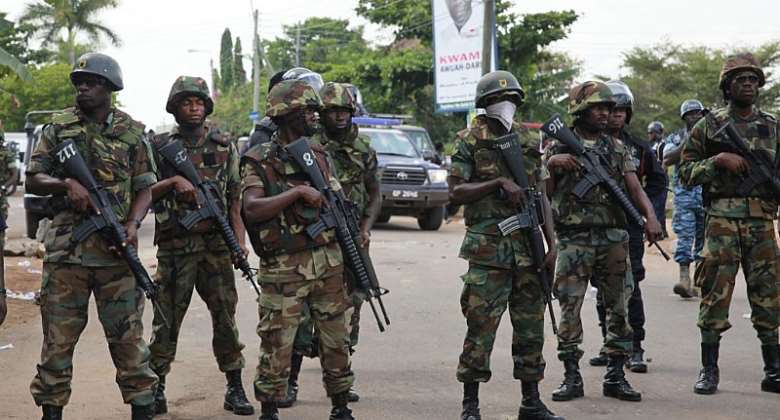 Security analyst Adam Bonaa has called on the Ghana Armed Forces to withdraw its men from guard duties relating to land, personal protection among others.

According to him, some of the guard duties have resulted in the loss of respect for the military over the years.

The two military officers were beaten to a pulp after the youth pelted them with stones which resulted in them firing warning shots over a land they were reportedly guarding.

Speaking on the Morning Starr, the ‘Alert’ show host said the President is the only one who has the power to deploy the military when happenings like that create the impression that he has lost control.

He said “it’s very worrying especially when we have few months to the elections. I say it’s sad because we shouldn’t be deploying the military unless it’s an emergency. But over the years, we have seen military men guarding musicians and some dying in the process. You find military men guarding factories.

“We should withdraw all the military from all these guard duties. It appears they have lost all respect accorded them.”

He added: “withdraw all the military from these type of guard duties. Withdraw them immediately because our military seems to be losing that respect we have all accorded them over the years. Withdraw them.”