"Man Of God" Against Tithe Collection 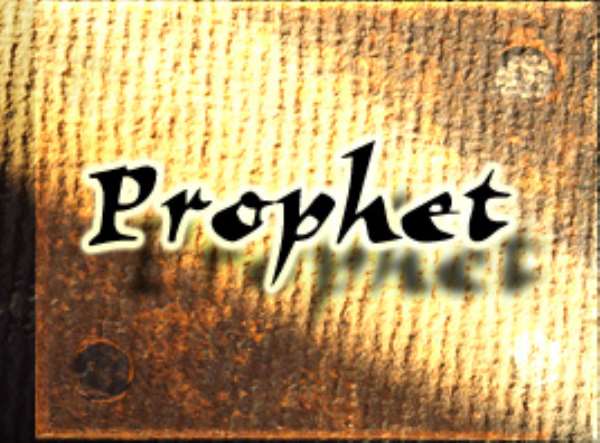 The General Overseer of Jesus Healing Centre in Takoradi, Prophet Kingsley Nkrumah has condemned the continued collection of tithe (10 percent off one's earnings to God) from Christians by churches. He explained that the Levitical Priesthood in the Old Testament which instituted the tithe law for the Israelites to pay tithe has been repealed by the New Testament.

According to him, Hebrews 7:7-10 clearly stipulates that Christians ought to give unto the Lord whole-heartedly and not by force: which the tithe law enjoins Christians to do. Prophet Nkrumah said most churches are aware of this in the Bible; they have deliberately made it their policy to extort money from innocent people by using the name of God.

In a chat with the Heritage, Prophet Nkrumah, who has written two books, namely Overcoming Darkness and Vision of Reality said, “immortality has become the order of the day for the various pastors in the system, because pastors of today are preaching prosperity instead of salvation according to the Holy Bible. This has shifted the minds of Christians on whatever ways to get money, whether bad or good”

According to Prophet Nkrumah, he had a vision that almost all Christians who have died are in hell. This he said is due to the fact that their various preachers and pastors fed them with perverted words of God instead of the true revelations of God. Prophet Nkrumah therefore cautioned the general populace especially Christians against falling prey to the characteristics of false prophets and ministers who parade the whole of the country deceiving the weak and the vulnerable.

“The Devil has sent a host of Angels of Deceit who have come to deceive the vulnerable and the weak in Christianity,” he said. In furtherance, Prophet Nkrumah urged the ministers to go to the Bible and study the principles, both for the church and themselves.