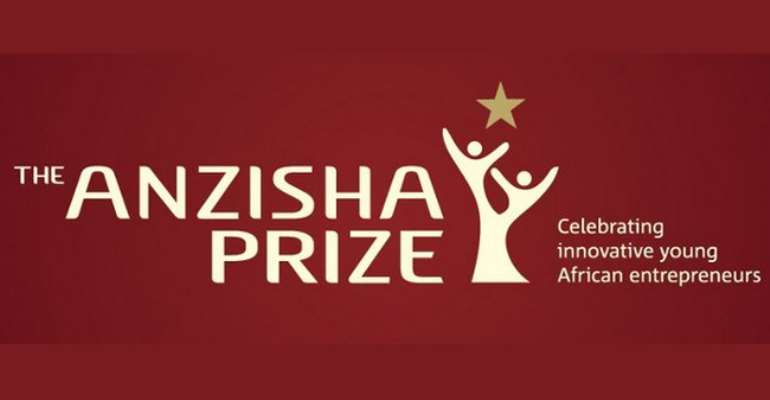 #ItStartsWithYou sheds light on eight very young Africans whose passions, commitments, and grit showcase what it means to embark on an entrepreneurial journey at a young age. The documentaries reveal new role models for other youth who might be considering entrepreneurship.

Through the series, the Anzisha Prize is intentional in highlighting the importance of support from parents, educators, investors, and policymakers if young people are to make successful transitions to entrepreneurship – as well as sharing key moments that are instrumental in each entrepreneur’s story.

Through free-to-download case studies that accompany each documentary, educators will have a chance to delve deeper into each story and build lesson plans that encourage their students to see entrepreneurship as a career they can pursue. The case studies will serve as a curriculum tool for educators who want to build entrepreneurial education into their schools and classrooms.

Peter Materu, Chief Program Officer, Mastercard Foundation says, “We know that entrepreneurship is key to scaling up opportunities for millions of young people. But how do we nurture young entrepreneurs? Role models and active mentorship are both critically important. When young people see themselves reflected in the business world as leaders and owners, they intuitively understand that entrepreneurship is an option that is open to them and valued by others. And they may be inspired to pursue it. But they also need training, counselling and mentorship that cultivates the practical skills, disciplines, and mindsets that are universally necessary to take a good idea and turn it into a viable enterprise. We are very excited to see the impact that the Anzisha young entrepreneurs have made. This documentary series, like the Anzisha Prize, combines the two powerful forces of inspiring example and practical instruction. It is our hope that many more will be inspired to test out their own entrepreneurial ideas.”

Over the last decade, the Anzisha Prize – a partnership between African Leadership Academy and Mastercard Foundation - has celebrated and supported young African entrepreneurs, championing the belief that youth unemployment can be combated by encouraging young people to start a business and hire their peers. Deputy Director of the Anzisha Prize, Melissa Mbazo, says that while deciding on the most inspirational and realistic stories to tell, they realised that it was important to inspire behavioural change.

“We believe that educators play an integral role in whether or not young people pursue entrepreneurship. We wanted educators to feel empowered to teach entrepreneurship in a dynamic way. Through It Starts With You we hope students feel inspired as they see themselves reflected in the stories of entrepreneurs who are only a few years older.”

After sending out surveys to young entrepreneurs and asking them what key decisions they had made, ten main constructs were discovered from the research that can be found at anzisha.org/ISWYresearch.

Key insights that stood out:

The documentaries spotlight entrepreneurs from seven African countries including Uganda, South Africa, Cote d’Ivoire, and Nigeria. One such story is of Belinda Munemo, a Zimbabwean who studied entrepreneurial leadership in her late teens at African Leadership Academy. She went on to build Reekworth Junior School, an institution that shapes and inspires young minds from the age of 2 years old. Fadwa Moussaif, a Moroccan entrepreneur who founded IDYR Design to uplift local artisans, received tremendous support and trust from her parents who assisted with negotiations, thereby assuring suppliers of her competence.

Vanessa Ishimwe highlights how her strong sense of social responsibility led her to empower her community through her business.

Ignatius Ahumuza is a story of a road less travelled. See how he reaped the benefits of choosing the unpopular path of agriculture.

Watch how two mentors championed Amanda Jojo’s passion of starting her own restaurant.

As an agripreneur Karidas Tshintsholo had to pave his own path within the industry. Learn what it took to build his business.

Fadwa Moussaif’s parents were her number one supporters when she first started her business. See how that led her to the path of success.

Ben Aziz taught himself about the poultry industry in Cote d’Ivoire. Hear how he navigated the agricultural industry in his country.

Learn about Andrew Mupuya, who sought financial support from his close networks of friends and family at the start of his journey.

Belinda Munemo wanted to combine her passion for entrepreneurship and education which led her to build Reekworth Junior School in Zimbabwe.

Through TREP LABS, Abdulwaheed set out on a mission to prevent clinical and surgical errors in Nigeria through this he showing young entrepreneurs can solve real life problems.

Geoffrey Mulei was born to be an entrepreneur. Through his business Tanda he is inspiring the next generation of young entrepreneurs by employing them.

About the Anzisha Prize

The Anzisha Prize seeks to fundamentally and significantly increase the number of job-generative entrepreneurs in Africa. We test, implement, and then share models for identifying, developing, and connecting high potential, very young entrepreneurs (15-22 years old) – and their parents and teachers. These efforts will ensure our ecosystem’s collective success in creating a pipeline of entrepreneurs with the capabilities for scale. The Anzisha Prize is a partnership between African Leadership Academy and Mastercard Foundation.

African Leadership Academy (ALA) seeks to transform Africa by developing a powerful network of entrepreneurial leaders who will work together to achieve extraordinary social impact. Each year, ALA brings together the most promising young leaders from all 54 African nations for a pre-university program in South Africa with a focus on leadership, entrepreneurship and African studies. ALA continues to cultivate these leaders throughout their lives, in university and beyond, by providing on-going leadership and entrepreneurial training and connecting them to high-impact networks of people and capital that can catalyse large-scale change. For more information, visit http://africanleadershipacademy.org.

About the Mastercard Foundation

The Mastercard Foundation works with visionary organizations to enable young people in Africa and in Indigenous communities in Canada to access dignified and fulfilling work. It is one of the largest, private foundations in the world with a mission to advance learning and promote financial inclusion to create an inclusive and equitable world. The Foundation was created by Mastercard in 2006 as an independent organization with its own Board of Directors and management. For more information on the Foundation, please visit: www.mastercardfdn.org