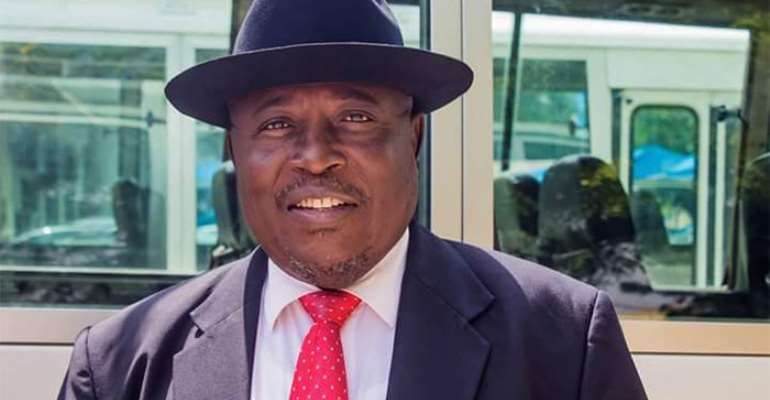 Special Prosecutor Martin Amidu has fired Professor Kwamena Ahwoi saying the impression he (Ahwoi) created in his book that without him (Ahwoi) the Rawlings-led PNDC military junta would not have achieved anything is the “figment of an infected mind.”

“The impression that if Mr Kwamena Ahwoi had not been born or had died the PNDC would have ceased to exist upon his demise may be the product of a figment of an infected mind and everybody knows that nobody is indispensable in this world. The world would move on without any of us, high or low,” Mr Amidu said.

He also revealed how a cabal of PNDC colleagues took advantage of the then President John Evans Atta Mills's infirmity and generosity to do all sorts of things during the National Democratic Congress (NDC) regime.

Prof. Ahwoi's controversial book has made some damning allegations against the NDC founder, former President Flt. Lt. Jerry John Rawlings, his wife Nana Konadu Agyemang Rawlings and some other bigwigs in the NDC, and it appears to be causing uneasy calm in the opposition party.

Mr. Amidu, who served in the NDC government under both Presidents Rawlings and John Evans Atta Mills, is one of the latest personalities mentioned who has come out to debunk Prof. Ahwoi's claims.

In his latest response, Mr. Amidu made it clear that Prof. Ahwoi cannot hold himself as “The alter ego of the achievements of the PNDC or NDC1 & 2 governments.”

“Mr. Kwamena Ahwoi's 'Working with Rawlings' book falsely presents the author as the alter ego of the PNDC government and the NDC1 and NDC2 governments. The author has ingeniously appropriated PNDC policies and achievements as though the PNDC could not have functioned and achieved any reasonable success for ushering Ghana into a true democracy and decentralization without him,” he fired.

He said “I have not read any of Kwamena Ahwoi's previous works. Kwamena Ahwoi's 'Working with Rawlings' book, however, contains several inexcusable witting misstatements, factual errors, and conclusions.”

Mr. Amidu said the PNDC cabal made every effort to destroy the cordial relationship he had with President Mills.

“I also served in the Fifth Government of the Fourth Republic from 2009 to January 2012. I was appointed the Presidential Advisor on Legal Affairs with the mutual understanding that I will never be a Minister of State. Nonetheless, I was moved to the Ministry of the Interior as Minister of the Interior, and after more than three objections to move to the Attorney General's Department I succumbed in January 2011, moved to be the Attorney General and left the Government on 19th January 2012 after a principled disagreement.”

He said, “This was because my colleagues from the PNDC era who had appropriated the gentle and sick Professor even from his family were uncomfortable with my closeness to President Mills who had been my personal friend since he taught me commercial law in my third year at the University of Ghana in the mid-1970s in addition to my being his running mate for the 2000 elections.”

He said, “I saw at close quarters how the infirm President Mills was misused and abused by the predators of his generosity to the detriment of his failing health as will subsequently be narrated by his brother in 2017 in a published interview.”

“Was the President Emeritus, Flt. Lt. Rawlings, one of the predators who prevented the status of President Mills's failing health from being made public to enable them to selfishly and greedily misuse, abuse, and bleed him to death?” he queried, adding “I am now a public officer serving in the capacity of the Special Prosecutor under the Office of the Special Prosecutor Act, 2017 (Act 959) and gagged from active politics.”