Being Misled Is A Mark Of Irresponsibility 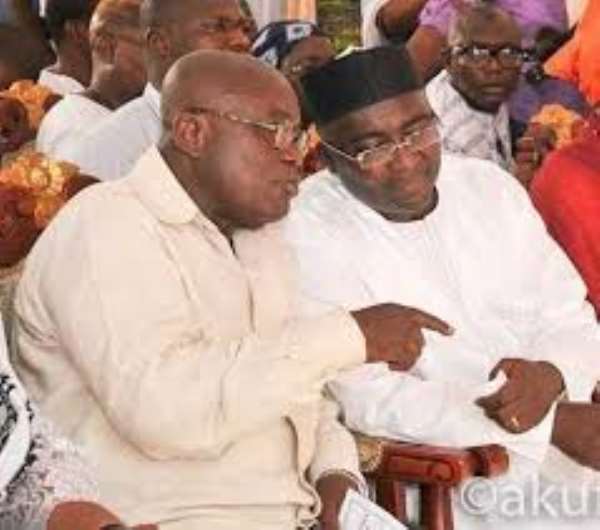 The higher a monkey climbs, the more exposed the full circumference of its anus. Give a loud mouth an opportunity and you can tell how empty and incompetent they are.

I felt worried when the President of the republic admitted that, he has been ‘scammed’ by his own minister, Boakye Agyarko the energy minister. Dishonourable Boakye Agyarko, you promised the people of Ghana you will speak when the dust settles. It’s been 3 years.

The first thing that got me worried was, did the whole cabinet got scammed as well? or they didn’t understand anything just like a group of “useless” people sitting and listening to Boakye Agyarko sweep them off their feet!!!

What was the use of the attorney general at the cabinet sitting?

Probably it didn’t go to cabinet but rather featured in the family cabinet meeting chaired by the de facto prime minister. This government is just a joke.

Now, the current misleading tracker. I heard someone from the office of the Vice Presidents crying out loud that the MMDCEs have misled them.

They can’t even accept their irresponsibilities!!!

Instead of concentrating on solving the easier equation of what you have used the numerous loans for, you shift responsibility to the MMDCEs you asked to compile ALL PROJECTS IN THEIR DISTRICTS.

AN OPPORTUNITY TO COVER UP YOUR LOOT

Since when do the works of the MMDCEs become relevant in showcasing a government’s achievement? This is just to admit failure. They are now looking under beds to find out what they can present through foul means.

Which sword cutting were done by the President and it’s ministers to have appropriated those projects to themselves?

The desperation of this government has caused Google to install a new title of a LIAR on Bawumia, the Vice President.

How serious can your manifesto be, when 4 days to its launch, you are stealing projects?

These thieves had the guts to call decent people incompetent.

I don’t think we have a President and a proper Vice. The governance system is now on autopilot .

See no evil, hear no evil and speak no evil. The president will clear this one too. The master clearing agent !!!

A President who steals projects, steal speeches, get misled all the time and can’t double check anything, is that one too a President?

Infact, these are a group of liars, scammers and looters who are in power just to milk the state.

No one can be punished under this government for misleading the government? scratch my back, I scratch your back. They are just shameless.

Why complain when you appointed these incompetent MMDCEs?

I look forward to the better days ahead where people’s achievement will be recognised and not stolen in a Ghana where motor riders will also do their job in decency!!!