None Of NPP's 10 Listed Educational Projects Exist, 5 Others Done By NGOs In Asuogyaman – NDC 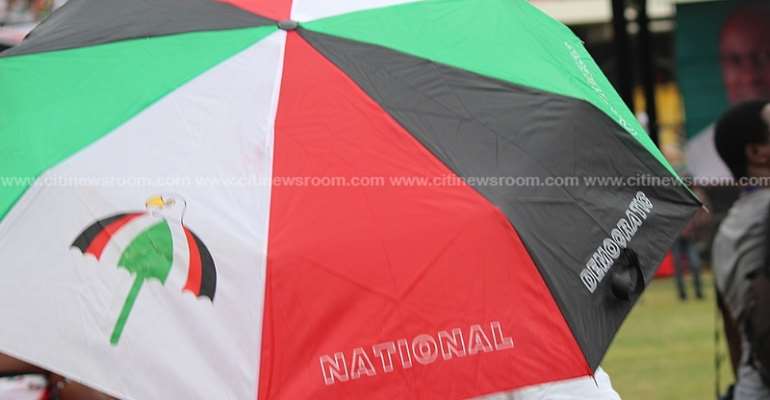 The Asuogyaman branch of the opposition National Democratic Congress (NDC), has debunked claims by the New Patriotic Party (NPP) government that it has undertaken 10 educational projects in the district.

The NDC said while some of the projects are non-existent, others were entirely done by non-governmental organizations.

Vice President Dr Mahamudu Bawumia at the launch of the NPP's 2020 Manifesto last Saturday outlined 18 completed and 29 ongoing projects in the Asuogyaman District by the Akufo-Addo government.

But Speaking to Citi News, the Deputy Communication Officer for the NDC in Asuogyaman, Felix Bonney said the touted projects are a total fabrication and distortion of facts.

“When you go to Education, the 10 listed projects that they said they have done, in fact, not even one of them exists in Asuogyaman. The location of that project, which they alluded to does not exist in Asuogyaman. There are about five other projects that they have listed, which are classroom blocks they say they have put up in some communities. All are classroom blocks put up by an NGO,” he said.

The government has come under intense criticism over its 17,000 listed infrastructural projects allegedly commenced across the country within its first term in office.

The government claims that it has completed over 8,000 of the projects while the rest are ongoing.

The numbers have been discredited by the opposition NDC with some 26 specific projects listed being challenged.

Amongst those being challenged are the 500 units of affordable housing units at Sefwi-Wiawso.

According to the NDC, there is no construction or building at the site, but the State Housing Company (SHC) says the project is underway with other works such as payment of compensations and engineering works but physical construction is yet to start.