By Nzema Youth In The Diaspora 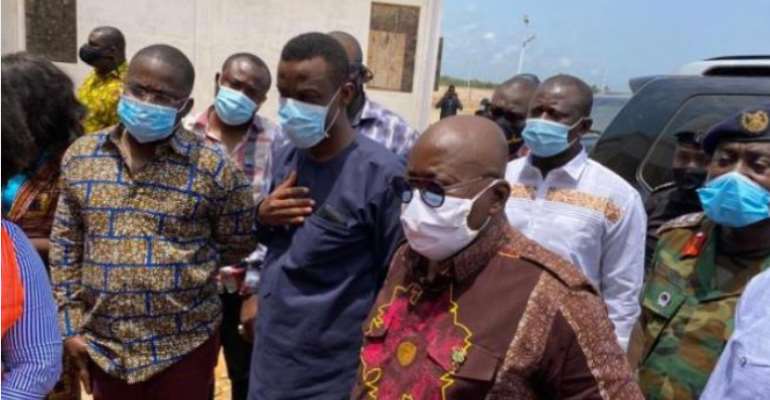 It is an incontrovertible fact that the Nzema State that was once forgotten after the blackest moment that cloaked Ghana when Osagyefo Dr. Kwame Nkrumah, a true indigene of the Nzemaland was toppled in February 1966 by the National Liberation Council under Colonel Kotoka and Major Afrifa all of the blessed memory, is now the economic powerhouse of nation’s energy mix.

It is a trite knowledge that Nzemas are fortunate to have oil in their area but this ostensibly is not reflecting in the lives of the people of the Nzema State in terms of economic, social and other developmental opportunities. This was clearly amplified some few years ago by the loquacious and ubiquitous MP of Assin, Hon. Kennedy Agyapong,’’ That the Nzemas were getting nothing from the oil as owners of the land.’’

It is regrettable that a lot of people who have risen to prominence in the Nzema area have stood on the shoulders of some prominent Nzema giants but have always hornswoggled the youth with all sorts of El Dorado and utopian promises. It is even sadder to find out that a whopping amount of $15,000 000 U.S Dollars withheld from the colossal pay out of the Ewusie Osei Group in 2011 from Kosmos Energy meant for the entire West Cape Three Point is missing as referenced by the Special Prosecutor, Mr. Martin Amidu on Ghanaweb on 27th August, 2019.

As at the time of this publication, nobody has succeeded in tracing the whereabouts of the ‘People’s Dough’ from the national kitty. To add insults to our injury which we are quietly bearing like a Saint, in November 2019 during the Gift-spree occasioned by the Ghana National Petroleum Corporation (GNPC) as revealed by the Vice Chairman of PIAC, Dr. Thomas Stephens, GNPC doled out large sums of money to the following personalities and institutions namely:

We the Nzema Youth in the Diaspora in collaboration with Youth for Development in the Nzemaland feel it is very disingenuous and troubling if all this largesse of GNPC could be enjoyed by all these personalities and institutions, GNPC should not have stinted on this economic windfall on the Nzema people.

In the midst of this plethora of resources in the Nzemaland, the Nzema State is starving of debilitating economic bottlenecks in development such as roads, water, health facilities, funding and scholarships, school buildings and instructional materials, and jobs. We believe, at this critical juncture of our historic consciousness, the Nzema Youth in the diaspora and the Youth for Development can no longer look on with blasé attitude as our resources are carted away without compensable royalty and equity all in the name of national development. The people and the Nzema State deserves better.

The Nzema Youth in the diaspora and the Youth for Development of the Nzemaland in collaboration with the Great King Kaku Aka III of the Nzema State who since his ascension to the throne have shown commitment to the development of the Youth and the entire Nzemaland are appealing to the Government, GNPC, Ghana Gas, ENI and all companies drilling oil not to skirt the Nzemas out of their Corporate Social Responsibility and other compensations.

Another area that has shortchanged the Nzemas which is of much concern to the Youth both home and abroad is in the naming of the oilfields. How can a raw material be found in vicinity or district and some different names are put on those companies? The oilfield is in the Tano Basin which is part of the three offshore basins in Ghana namely: The Tano Basin, Saltpond Basin, and the Accra-Keta Basin.

The Tano Basin was strangely named West Cape Three Point Basin. It is interesting to note that the Voltaian Basin which is still under the exploratory stage is called the Voltaian Basin. The name should be changed to Tano Basin or Nzema Oilfield to classify Nzema among areas where oil is produced to enable this rich resource area to attract investments.

We believe if Obuasi Goldfield which is now AngloGold was once called Obuasi Goldfield, then West Cape Three Point should be changed and called Nzema Oil. Adamus Gold Mines should bear the name Nkroful or Nzema Goldfield like the Chirano Gold Mines and Tarkwa Gold Mines; all these can promote accelerated economic development and improve the living standard of the Nzemas.

This blatant disregard of the Nzema tradition and culture and disrespecting of our Traditional Authority should stop with utmost immediacy. The oil finds in the Nzema state should see to accelerated development in the area period.

The Nzema Youth in the Diaspora