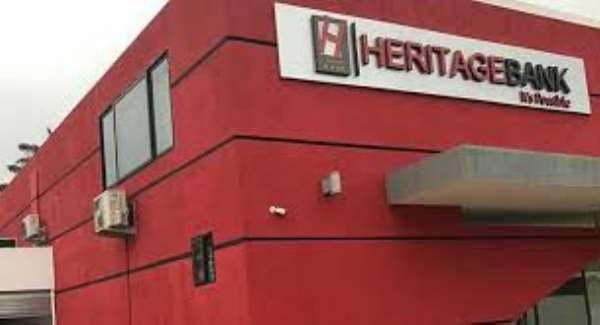 The Alliance for Social Equity and Public Accountability (ASEPA) has taken on the Member of Parliament for Assin Central, Kennedy Agyapong over claims the later recently with regards to the collapse of Heritage Bank Ghana Limited in 2019.

Kennedy Agyapong on his NET2 TV station on August 19, 2020, among other things alleged that Seidu Agongo, the majority shareholder of the then Heritage Bank deceived the Bank of Ghana with non-existent fund to open the bank.

Responding to the claims, ASEPA in a statement signed by its Executive Director, Mensah Thompson said there was no justification for the revocation of Heritage Bank’s license.

The advocacy group insisted that Kennedy Agyapong spewed falsehood over the issue.

ASEPA argued that the then Heritage Bank was the most solvent bank among all the institutions that had their licenses revoked during the banking sector cleanup done by the Bank of Ghana.

ASEPA said the reasons advanced for the license withdrawal, which included the use of nonexistent capital to establish the bank and inability to recapitalize to GH¢400 were politically motivated and meant to hide a “vile” plan to deprive the owner of his assets.

“Ken Agyapong, just like all the other government propagandists sought to create the impression that the promoters and, later shareholders of Heritage Bank used nonexistent funds to set up the bank…Let’s set the record straight by stating emphatically that of all the banks that were collapsed under the so-called cleanup, only Heritage Bank was solvent amongst them. In other words, the bank was profitable, liquid and financially sound.”

ASEPA was of the view that Heritage bank was deliberately targeted by the government and collapsed partly for being overexposed to Alhaji Agongo.

The advocacy group insisted that evidence abound that some banks that escaped the Bank of Ghana’s cleanup exercise had one shareholder owning more than the 70 percent that Alhaji Agongo owned in Heritage Bank.

“It was able to meet its withdrawal demands from customers and it continued to service its obligations in earnest. The bank was generally bubbly and on the path of becoming one of the most profitable indigenous banks only for the Bank of Ghana to cut its promising future short. As a matter of fact, the Bank of Ghana even admitted Heritage Bank’s solvent nature in the statement that announced the revocation of the bank’s license,” ASEPA said in its statement.

ASEPA, therefore, called on Mr Kennedy Agyapong, to desist from impugning criminal acts against the founder of the erstwhile bank.

The group alleged that, prior to having its license revoked, Heritage Bank was asked by the central bank to merge with another bank.

It noted that after scrutinizing the books of the suggested bank, management of Heritage bank declined the merger and informed the central bank about the decision.

“Even though the Governor Dr. Addison admitted the reason to decline the merger, he later turned round to revoke the license of the very strong bank it wanted to merge with another dying bank to save it.”

“While we urge Kennedy Agyapong and his protégés to purge themselves of the deliberate deceit and the lies, let it be known to them in clear terms that for each of the allegations levelled against the Heritage Bank by the Bank of Ghana and the government, their ‘favourite’ banks that are still in existence ‘committed’ and are still ‘committing’ worse ‘offences’ yet they have been left to operate.”

You don’t need banking expertise to own a bank

“The issue here is that entrepreneurs do not need to be experts in where they invest; they need to have the expert eyes to hunt and recruit experts and technical minds in sectors that they invest in to manage those businesses,” it said.

“This explains why Seidu Agongo, in his infinite yet humbling wisdom on entrepreneurship recruited the astute and internationally acclaimed economist and seasoned financial and governance expert, Prof. Kwesi Botchwey to chair the Board of Directors of the Heritage Bank. On that board were also people with various expertise whose experiences resulted in the efficiency in the bank’s operations and the impact it made in the banking sector within that short period of time.”