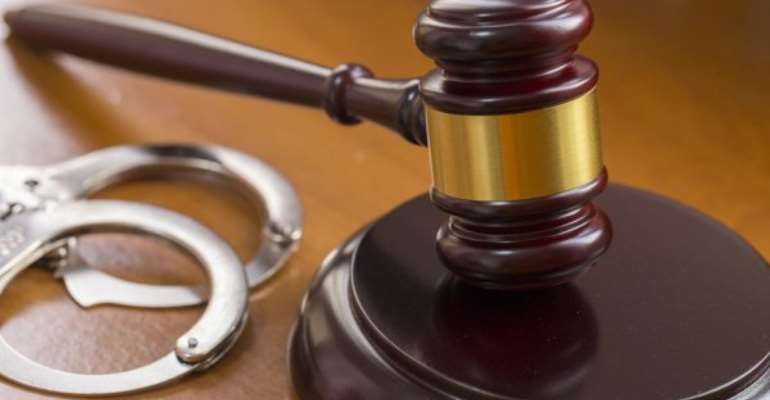 A Circuit Court in Accra has revoked the bail of Nelson Selasey Moredey, a businessman for absenting himself from Court on several times.

The court had earlier on issued a bench warrant for Moredey's arrest after he absented himself from court on three occasions.

The accused had on some court sittings asked his wife to represent him.

He was arrested upon the issuance of a bench warrant where he explained that he had come into contact with a person infected with COVID -19 and was therefore in isolation.

He however did not have any documents to that effect.

The court however rejected his explanation saying since he was granted bail on March 18, this year, he has been absenting himself in court hence the bench warrant.

Moredey in the company of his lawyer had his bail application turned down and his earlier GH¢70,000.00 bail revoked by the court.

The matter has been adjourned to September 3.

Moredey who was earlier charged with stealing had his charge substituted with a new one being fraudulent breach of trust.

Prosecution said the accused took custody of the vehicle and sold it.

He said the accused however went into hiding and failed to give the complainant her money.

The prosecution said on May 9, last year, the complainant reported the incident to the Police at Baatsona.

He said during investigations Police tracked the accused with a device and arrested him from his hideout at Spintex Road.

The prosecution said in his cautioned statement, accused admitted the offence and said that he sold the car at GH¢70,000.00 to someone at Spintex but failed to release the money to the owner.