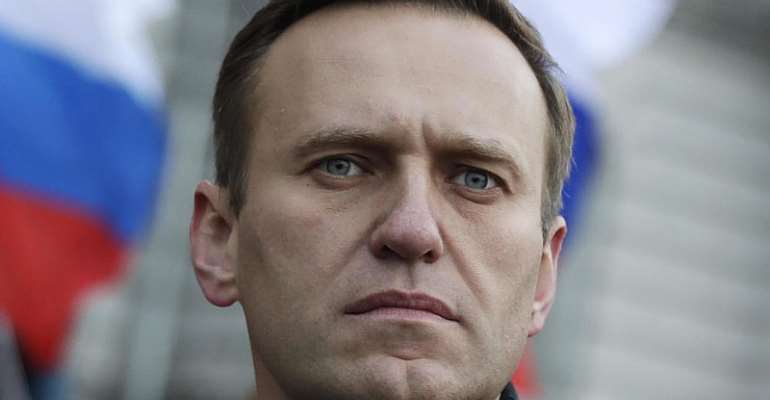 Despite a broad denunciation by France and Western allies, the Kremlin brushed off allegations on Tuesday that Russian opposition leader Alexei Navalny was the victim of an intentional poisoning orchestrated by authorities, stating there are no grounds for a criminal investigation.

France has condemned as a « criminal act » the apparent poisoning of Russian opposition leader Alexeï Navalny. In a statement released Tuesday, the French foreign ministry demanded that the Russian authorities undertake a “quick and transparent investigation… those responsible for this act must be identified and brought to justice.”

The previous evening, doctors who are treating Navalny in Berlin concluded that the opposition leader had been poisoned by « a substance belonging to the group of cholinesterase inhibitors,” but were unable to immediately specify which one. These inhibitors are occasionally used in small doses to treat Alzheimer's disease, but depending on the dosage, can be extremely dangerous and produce potent neurotoxin, such as the Novichok nerve agent.

The insistence by the Russian government that Navalny wasn't necessarily poisoned — comments amplified by Russian doctors and pro-Kremlin media — came a day after doctors at the German hospital where the 44-year-old is being treated said tests indicated he was poisoned.

Moscow will not take the charges seriously
Moscow's dismissals elicited outrage from Navalny's allies, who say the Kremlin was behind the illness of its most prominent critic.

Kremlin spokesman Dmitry Peskov said the accusations against the government “absolutely cannot be true and are rather an empty noise.”

“We do not intend to take it seriously," Peskov said.

Peskov said he saw no grounds for launching a criminal investigation at this stage, saying that Navalny's condition could have been triggered by a variety of causes and determining what it was should come before such a proble.

“If a substance (that caused the condition) is found, and if it is determined that it is poisoning, then there will be a reason for an investigation,” Peskov said.

Treatment in Berlin
Navalny, a politician and corruption investigator who is one of Putin's fiercest critics, fell ill on a flight back to Moscow from Siberia on Thursday and was taken to a hospital in the city of Omsk after the plane made an emergency landing.

Over the weekend, he was transferred to the Charité hospital in Berlin, where doctors on Monday said they have found indications of the “cholinesterase inhibitors” in his system.

These act by blocking the breakdown of a key chemical in the body, acetycholine, that transmits signals between nerve cells.

Navalny is being treated with the antidote atropine.

U.S. Secretary of State Mike Pompeo said that if reports about Navalny's poisoning “prove accurate, the United States supports the EU's call for a comprehensive investigation and stands ready to assist in that effort.”

In response to statements from European officials, the speaker of the State Duma, Russia's lower parliament house, charged Tuesday that Navalny's condition could have resulted from a Western plot.

Doctors in Omsk said they tested the politician for cholinesterase inhibitors and didn't find any.

Western experts have cautioned that it is far too early to draw any conclusions about how the agent may have entered Navalny's system, but note that Novichok, the Soviet-era nerve agent used to poison former Russian spy Sergei Skripal and his daughter in the UK in 2018, was a cholinesterase inhibitor.

Security guard jailed 3years for conniving with ex-worker to...
25 minutes ago