Infrastructure Debate: Launch Your Website Too – Bawumia To NDC 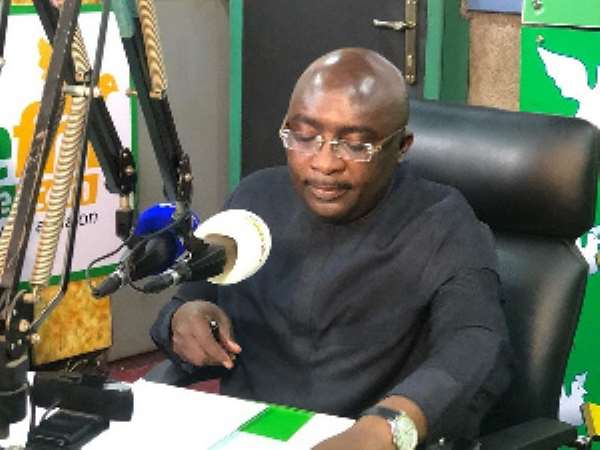 Vice President, Dr Mahamudu Bawumia, has challenged the main opposition NDC to put up a similar portal that showcases their accomplished infrastructure projects.

The opposition National Democratic Congress(NDC) at a press conference on Monday described 26 of the said achievements listed in a presentation by Vice President Dr Mahamudu Bawumia as ‘ghost projects’.

They also contended the NPP government’s deliverytracker.gov.gh platform is nothing short of a scam.

Reacting to the main opposition criticism in an interview with Accra-based Peace Fm, Dr. Bawumia said:”It’s good to criticize but it’s also important to show what you’ve done”

He emphasized that a similar website could afford them the opportunity to interrogate their arch-rival’s achievements as well, adding they “keep telling us that they’ve done this or that,” but very little to show for.

Meanwhile, for the data input errors which he took flak for, Dr. Bawumia said they’re working to amend the mistakes.

He indicated that extra projects have since been added to beef up the list of completed projects.

Flyover construction: 1 month interruption of traffic at Flo...
27 minutes ago