The politics of Ghana’s History – We need more holidays to resolve the issue. 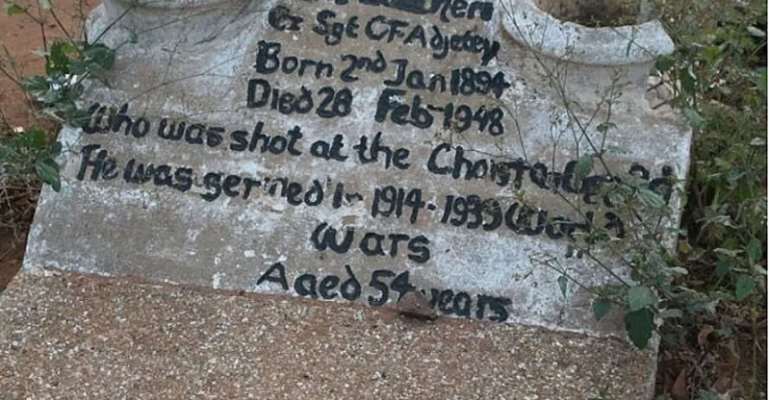 My version of history is quite different from the version of history that has bestowed another national holiday in our country. The speaker of our Parliament has over the years campaigned for us to have a Founders Day because he is not happy with the Founder’s Day. The date chosen however has proved to be controversial because it represents nothing in our history – just a day of no real significance, important only to a few and imposed on us from a very narrow reading of our political history.

But before I wade, yet again into the debate, with a more refreshing perspective that will appeal to all, let me share the good news in the CPP.

Our Senior Comrade RO Frimpong Manso and others managed to negotiate a party congress. The Leader’s position has two women, one the incumbent Acting Chair Hamdatu Haruna pitted against a former running mate Cherita Nana Kumankuma Sarpong vie against two men, Bright Nana Oduro Kwarteng a stalwart standing against a very young man Kwaku Quansah. May the younger refreshing man win. The contest for the National Secretary’s position has the acting incumbent James Kwabena Bomfeh against one of the daughters of the party Nana Yaa Jantuah – may the woman win! And then for the position of the flagbearer – an old hand Bright Akwetey, who took the party to court and caused the delay, pitted against Pastor Ayivor relatively unknown and Ivor Greenstreet who was flagbearer in the last election.

I think that some observations about the outcomes of elections in the 4th Republic are in order here. On the national scene, Rawlings and Mahama won on their first attempt, but Rawlings was a military dictator turned democrat and Mahama was the incumbent having completed the term of Mills. Kufour became president on the second attempt, Mills after the third attempt and Akufo-Addo on the fourth attempt. I do not know whether this is evidence that the odds shorten with more attempts.

It is refreshing to note, that Greenstreet has stayed the course and is intent on carrying on what the founders of the party wanted – social justice for all, self-reliance for the country and a large dose of African Unity. Let us wish him victory as he deserves.

I know that my late uncle WJ Kwesi Mould who was the second person to contribute his £25 on the formation of the United Gold Coast Convention on 4th August 1947. But what has 4th August got to do with the founding of the nation of Ghana and what have the Big Six got to do with it. Nothing at all, not even a tenuous link. The UGCC was more about the colony than it was about Ghana and the personalities in the Big 6, accidental heroes I must add, represented people from a minority in Ghana. When pressed, it has been suggested that 4th August was also the day that the Aborigines Rights Protection Society was set up. Now, this is convenient but when was the National Congress of British West Africa set up and why do they not deserve a holiday?

Mr Speaker, can we have a holiday for the NCBWA?

And now to the events that led to the glorification of the Big 6, the accidental heroes of Ghana, the real history not the selective one.

Theodore Taylor of Sierra Leonean extraction (he may not have been allowed to register to vote in this current exercise) popularly known by his stool name Nii Kwabena Bonney III, Osu Alata Mantse and doubling up as Oyokohene of Techiman, who built Rolyat Castle in Kokomlemle had initiated a boycott of European-owned shops starting from 28th February 1947. On the same day, ex-servicemen decided to March to the Castle to present a petition calling for fair treatment after the war. Private Odartey Lamptey, Corporal Attipoe and Sergeant Adjetey were shot on that eventful day. The looting of the shops on the day was the result of the shooting, the youth having been primed about the boycott beforehand.

Mr Speaker since you are in the habit of doling out holidays, may I ask for an addition – Heroes Day 28th February.

But what did the Big 6 do collectively towards the independence of Ghana? Professor Ofosu-Appiah the Classics Scholar tells us in his book on Danquah that the plane sent to carry those arrested only had room for six people so RS Blay and James Quist-Therson were not transported and they have therefore been left out of the history of Ghana.

If at all I must now mount a campaign for them to be reinstated and we must have the Big 8! Mr Speaker, Big up a holiday for the Big 8!

We must find a way to make our national holidays more acceptable to all and in so doing sort lay bare to all the true political history of our nation, let us not leave any section of the community behind

We celebrate June 4th and 31st December, at least Rawlings does, but not 24th February or 13th January all coup days. We no longer celebrate 1st July our Republic Day though we celebrate 6th March our Independence Day. We now celebrate 7th January as Constitution Day. We now celebrate 4th August the day that the UGCC was set up as Founders Day but fortunately we have not been able to do anything to shift 21st September the birthday of the founder of our country, the initiator of the whole liberation movement in Africa.

Most people now recognise 4th August as a memorable day. It the Nifa Nifa day! I remember driving to Cave du Roi that evening for a celebration of sorts and returning the next morning at 5 am driving on the other side of the road. It felt a bit strange, but I did get home safely. Then I checked again and found that it was the birthday of a certain Barack Hussein Obama.

Mr Speaker, one last request. Grant the CPP their own holiday. 12th June, the day the CPP was founded. At least they are still standing.