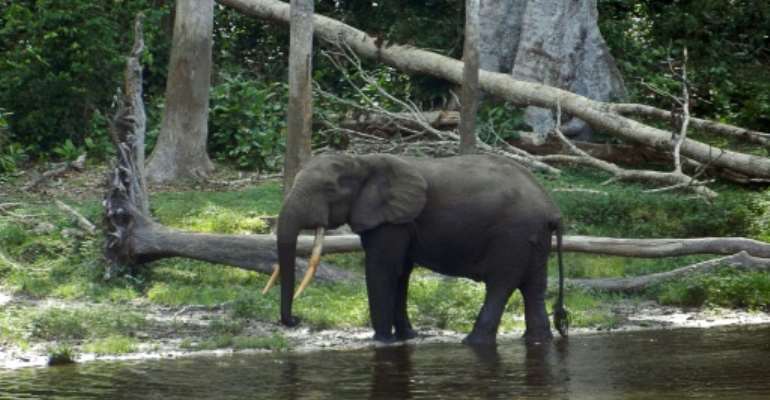 The Nouabale Ndoki national park, home to thousands of elephants, was given UNESCO World Heritage status in 2012. By Laudes Martial Mbon (AFP/File)

A poacher in Congo-Brazzaville has been sentenced to 30 years of forced labour for killing elephants, an NGO said Tuesday.

Gerard Mombaza Mombembo, 35, from neighbouring Democratic Republic of Congo, has been nicknamed "the butcher of Nouabale Ndoki", after the national park where he primarily operated.

He was found guilty of killing protected animals and hunting with military-grade weapons, as well as criminal association and attempted murder, by a court in Ouesso, capital of the heavily forested Sangha region.

"This detention is a major first in the battle against poaching and illegal smuggling of wildlife products. This creates opportunities to criminalise acts of poaching, and punish poachers even more severely," said Richard Malonga, head of WCS Congo, an NGO working with the Nouabale Ndoki park.

The park, created in 1993, is part of the Sangha Trinational that stretches across the borders with Central African Republic and Cameroon. It was given UNESCO World Heritage status in 2012.

I lied that you contracted covid-19, you didn’t also chop co...
32 minutes ago