Africa could be past the peak of virus pandemic: WHO 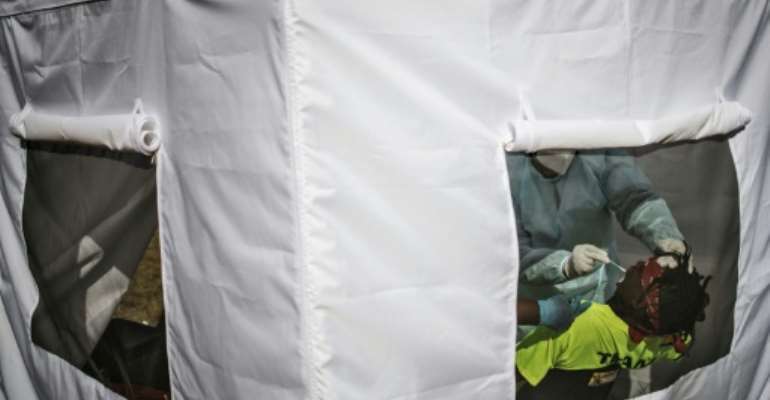 More than half of the continent's infections are in South Africa. By MARCO LONGARI (AFP/File)

Africa's coronavirus outbreak may have passed its peak, the World Health Organization (WHO) continental chief said Tuesday, warning against complacency to avoid a second wave.

WHO Africa regional director Matshidiso Moeti told a conference of African health ministers that numbers of new cases were declining.

"We are seeing that we have had what seems to have been a peak, and now we have the daily numbers of cases being reported overall in the region going down," she said during an online meeting.

But there are still a few countries, such as Namibia, experiencing increases in daily cases.

Africa has recorded nearly 1.2 million cases and at least 28,000 deaths since the virus arrived on the continent on February 14, according to an AFP tally.

South Africa has more than half of those infections. It is the fifth most affected country in the world.

While numbers of cases and deaths are also declining, Health Minister Zweli Mkhize cautioned that "our biggest worry is whether in fact this is the first surge and there might be another one".

"We have gone past our apex, our surge, but if you look at Spain it started showing a surge after a long lull," he told the same meeting.

Moeti lauded African leaders for taking "extremely courageous, difficult decisions" to implement lockdowns for their countries and economies to "avert the catastrophe foretold in early projections of how this virus would affect the African region."

But the situation continues "to be very grave", she said.

Many governments are starting to lift the lockdown rules imposed to limit the spread of the virus.

There had been fears that Africa's poor health systems would collapse under the weight of the pandemic.

Ethiopia's Prime Minister Abiy Ahmed urged the ministers to take advantage of the pandemic to strengthen their health infrastructures.

"COVID-19 has taught us that strong health systems are a matter of national security and survival," he said in a pre-recorded message.